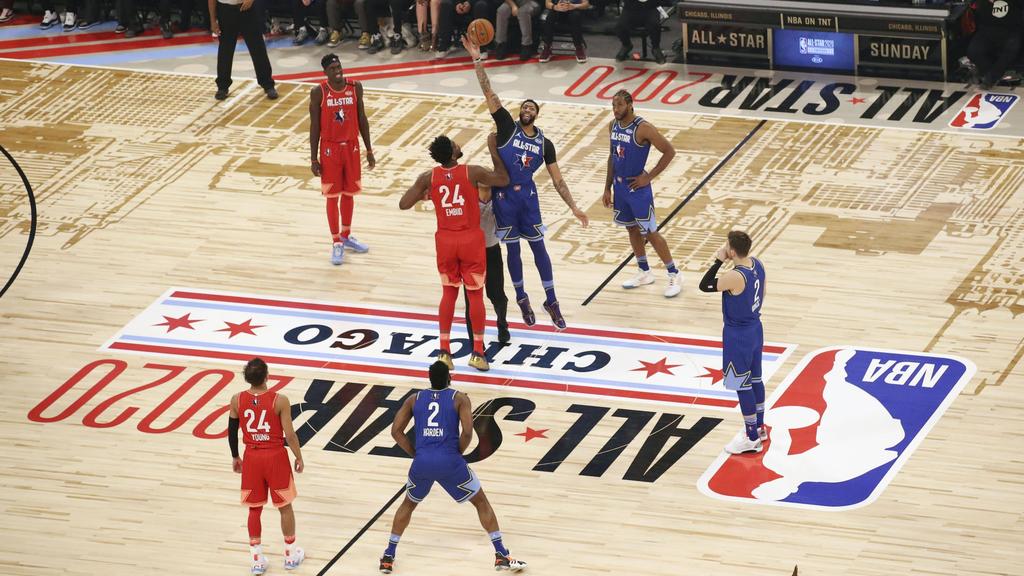 Team LeBron has won the 69th All-Star game of the professional basketball league NBA. The selection around superstar LeBron James of the Los Angeles Lakers narrowly defeated Team Giannis around top player Giannis Antetokounmpo of the Milwaukee Bucks with 157:155 (83:92).

Kawhi Leonard of the Los Angeles Clippers was the best thrower with 30 points and was honoured with the award for best player, named after Kobe Bryant who died in a fatal accident. The All-Star Game was dominated by the 18-time All-Star Bryant.

The Giannis team played in jerseys with Bryant’s long-time number 24. Team LeBron chose the 2, with whom Bryants also played basketball in the helicopter crash at the end of January, when his daughter Gianna died.

“We’ll never see another basketball player like Kobe Bryant,” said Lakers legend Earvin “Magic” Johnson at the start of a long ceremony honoring Bryants before the game. After eight seconds of silence, with the players holding hands, the crowd at the United Center in Chicago began shouting “Kobe, Kobe”. Longtime NBA Executive Director David Stern, who also died in January, was also honored.

The game itself was played with a new format, with the team that won without timing in the last quarter being the first to score 24 points more than the leading team after the third quarter.