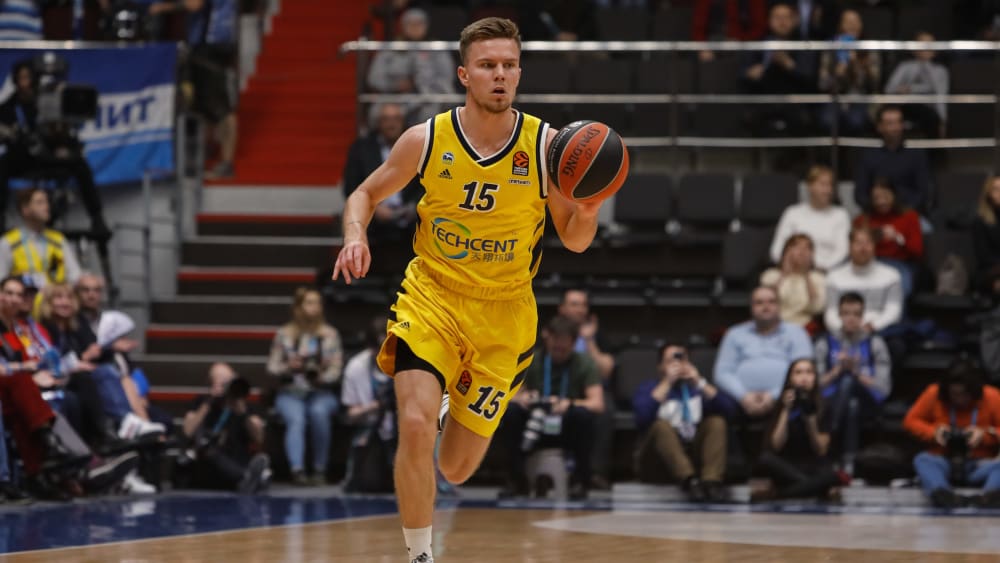 Only four days after winning the German cup against Oldenburg, Alba Berlin has made up ground in the Euroleague. On Thursday evening, the Berliners, who were weakened by their substitutes, won 83:81 (38:42) after a tour de force at the second-last of the table, Zenit St. Petersburg.

It was the ninth victory in the 25th game of the premier league. The best Berlin throwers were the outstanding Martin Hermannsson with 24 and Rokas Giedraitis with 14 points.

Besides the long-term injured Stefan Peno, Tim Schneider and Makai Mason, coach Aito Garcia Reneses also had to do without playmaker Peyton Siva and Center Johannes Thiemann. In addition, Hermannsson and Luke Sikma went into the game feeling a bit weak. The Berliners began strangely, forgetting to put a playmaker in the starting line-up, but corrected this by taking Hermannsson in after a minute.

Alba had a hard time getting into the game, seemed tired and unfocused. After too many ball losses, the Berliners were already trailing by two digits after the first quarter (15:25). But in the second period, they defended more intensively and now found their rhythm offensively. They came back up to two points (25:27). Until the break the Berliners stayed on.

But after the change of sides Alba had again problems in the defense. After a 2:9 run, the gap grew again. But the guests did not give up and fought their way back in. Five minutes before the end, Tyler Cavanaugh put his team in the lead with 70:68. Thanks to good defense, the Berliners kept this lead until the end.