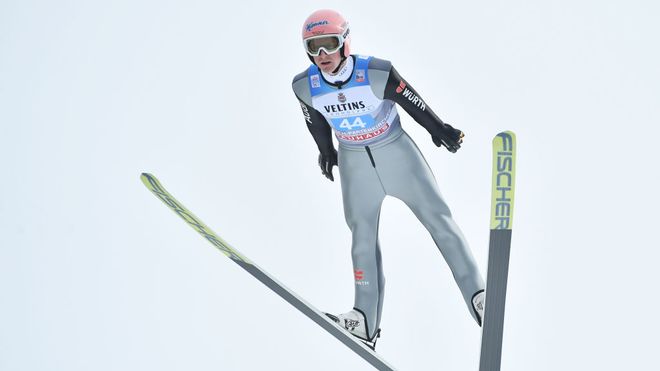 Severin Freund has successfully returned to the World Cup. After a 14-month break, the former World Champion qualified for the jumping in Rasnov.

Ex-World Champion Severin Freund has successfully returned to the World Cup of ski jumping after a 14-month absence in Rasnov/Romania.

It had actually been expected that the 2015 World Champion would initially return to the Continental Cup in smaller jumps. But the opportunity on the smallest hill of the World Cup season was favourable, as the strain on Freund after his serious knee injury was quite low.

Horngacher satisfied
His last World Cup event was the New Year’s Jumping of the Four Hills Tournament 2019 in Garmisch, the Continental Cup in Sapporo 20 days later his last competition before. Afterwards, the overall World Cup winner of 2015 was stopped by a meniscus operation. In November 2019 a back surgery was added.

“He still needs time to reach a certain level,” said national coach Stefan Horngacher about the convalescent, who at least left Pius Paschke (86 m/45.) behind in the qualifying.

Eisenbichler best German
Three-time World champion Markus Eisenbichler, who finished third with 101 m behind the Norwegian Marius Lindvik (98) and World Cup leader Stefan Kraft from Austria (98.5), was the best athlete of the day. Stephan Leyhe (98 m) in fourth, Karl Geiger (96.5) in fifth and Constantin Schmid (98) in ninth also finished in the top 10.