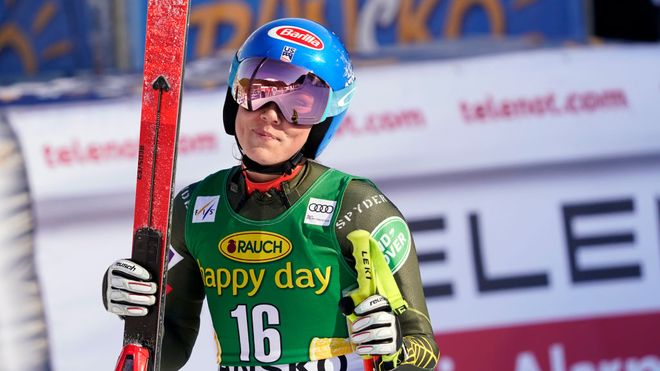 The comeback of Mikaela Shiffrin is still to come. After the death of her father, the Olympic champion will also be missing in Crans Montana.

Olympic champion Mikaela Shiffrin will also be absent at the World Cup in Crans Montana this weekend, the date of her return is still open. This was announced by the American federation on Thursday.

“Her return to Europe and to the competition still has to be decided”, it was said.

Shiffrin’s father dies unexpectedly
Shiffrin had already been absent in Garmisch-Partenkirchen and Kranjska Gora/Slovenia after the sudden death of her father. Since her Super-G victory in Bansko/Bulgaria on 26 January, the 24-year-old has not competed in a race.

Apparently it is even open whether the American will even start again until the season finale in Cortina d’Ampezzo in mid-March.

In the overall standings she currently has a 113-point advantage over the Italian Federica Brignone. In Crans Montana/Switzerland there are two downhill races (Friday and Saturday) and one super combination (Sunday) on the agenda, after which eleven races including the World Cup final will be held.