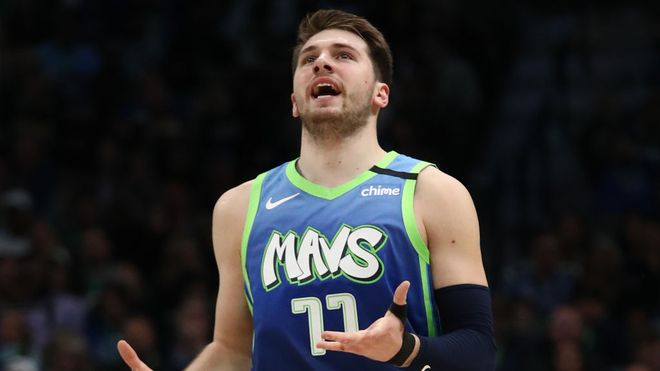 The Dallas Mavericks are the worst team in the NBA in close games. Luka Doncic has to grow into the Nowitzki role. Coach Carlisle is also challenged.

Against Indiana many fans and observers of the Dallas Mavericks have experienced a déjà vu.

The 2011 NBA champion once again experienced a heavy slump in the closing stages and gave away another victory.

The playoffs are safe, but the young team around shooting star Luka Doncic is still looking for the right recipe in the decisive moments to bring victories to a close – this is very noticeable in year one according to legend Dirk Nowitzki.

“If you have problems at the end of matches, you can always come up with lots of reasons and excuses. But we shouldn’t do that, we have to analyse objectively what we can do better,” said coach Rick Carlisle.

Final phase: No one worse than Mavericks
In fact, the Mavericks are by far the worst NBA team in close games. Out of 13 games with one point difference within the last minute they won only three.

Just last Wednesday they won their first overtime game of the season against New Orleans – a very poor showing. But why is that?

With Doncic or Kristaps Porzingis, they would actually have capable closers for the final phase. Doncic in particular is a ripped-off gamer despite his young age, but sometimes he is not clarified enough and harms himself with referee discussions.

Nowitzki leaves a vacuum
But the go-to guy vacuum that Dirk Nowitzki left behind is apparently a problem of the Mavs. For years the German was the man for the decisive moments.

In the past years his role decreased more and more, but he was often good for important baskets after his legendary finals in 2011 and was also sought after in those moments.

Although the Mavs are playing their best season in years, Nowitzki is missing exactly in these situations. Without him the Mavs are still searching for their identity when it comes to everything.

The game against the Pacers was exemplary for many close defeats this season. They were without a point for the last three minutes, the last five even without scoring.

“We just didn’t score anything. We had a few good chances. That’s just the way it is sometimes: you just don’t score,” said Porzingis.