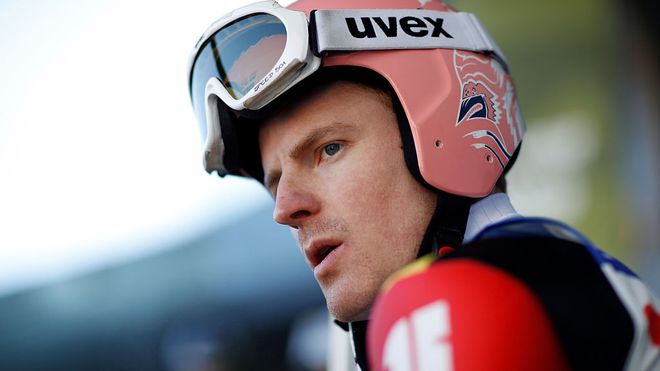 Ski jumper Severin Freund suffers after Stephan Leyhe’s cruciate ligament rupture in the last jump of the season with his team colleague.

“An injury like this can be very painful if you have experienced it yourself. And then it happened so extremely unnecessarily”, the former World Champion told SID.

The 31-year-old already has two cruciate ligament ruptures behind him.

Leyhe had crashed in the qualifying in Trondheim on March 11th, one day later the season was prematurely terminated due to the Corona pandemic.

Back in Germany he wanted to visit Leyhe immediately, said Freund, “but then there was a stop at the hospital.” But he will make up for the meeting and give Leyhe tips as well.

According to Freund, the fall in Trondheim could have been prevented. The run-up had been “relatively high” for the wind conditions, said the team Olympic champion of 2014.

“People are already thinking about whether this should have been allowed in the qualifying. You think: “Okay, these are cases that could have been prevented extremely easily by simply lowering two, three or four hatches.

Looking forward to the new season – Corona delays preparation
He himself has hardly any complaints now, Freund revealed. “It’s not that you don’t notice anything. Of course it cracks more often. But the knee is completely painless,” he affirms.

Now he is looking forward to the coming season, even though the preparation due to the corona crisis is uncertain at the moment. “Normally we start jumping in the middle or end of May. That’s all completely in the stars at the moment,” the Bavarian said.