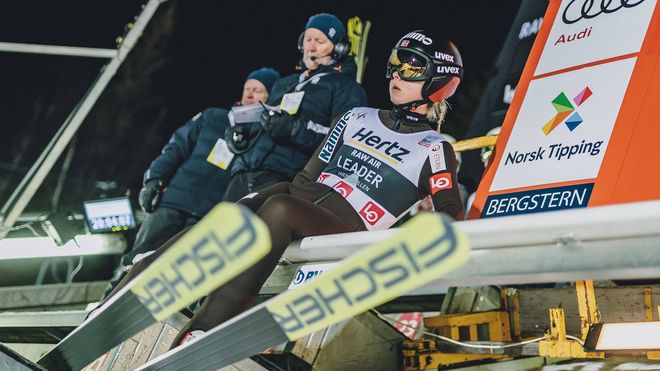 Women are not allowed to go on the “Monster-Bakken” in the next World Cup winter. Norway is angry, speaks of “views from the stone age”, the DLV sees it more differentiated.

“discrimination”, “views from the stone age”, “stupid arguments”: The dream of flying has caused outrage in the ski jumping camp. The call for equality is growing louder.

“This is disappointing. People who have no idea what they’re talking about have made the decision”, Norway’s Olympic champion Maren Lundby told the newspaper Dagbladet on behalf of many of her colleagues.

Norway made itself strong for Premiere
Lundby, but also World Championship runner-up Katharina Althaus from Oberstdorf, had hoped for the first World Cup on a “Monster-Bakken” for the coming winter.

On the huge hills, of which only four are currently permitted, distances of 250 m will be reached. The disappointment was correspondingly great when the new calendar was published. Norway in particular had campaigned for a premiere with Vikersund, but was not heard.

DSV boss Hüttel: “Too early for some girls”
The German Ski Association (DSV), however, takes a more differentiated view of the situation.

“It is definitely only a matter of time before the ladies will also be skiing. 15 to 20 female ski jumpers would be able to do so already now”, said DSV sports director Horst Hüttel: “But for a complete World Cup with 40 female ski jumpers it is too early for some girls in my opinion. Especially in big hill competitions with difficult conditions, one can see major weaknesses and deficits even in the back of the field”.