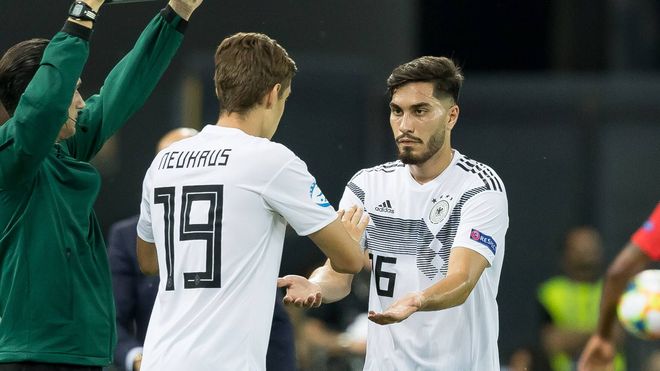 Despite the postponement by one year, the 1997 vintage is also allowed to go to the Olympics next summer. The deadline will remain the same, according to FIFA.

U21 national team coach Stefan Kuntz may also use players from the 1997 squad for the football tournament at the Olympic Games in Tokyo, which have been postponed by one year.

The German Soccer Association (DFB) announced that FIFA has now officially confirmed that the deadline for participation will be maintained. This means that players born in 1997 will still be allowed to participate. FIFA confirmed upon request that the associations had been informed.

Kuntz: “Be happy for the boys
“It makes sense that the recommendations of FIFA and the DFB have been taken up by the International Olympic Committee and that the 97-year-olds can retain their eligibility to play,” Kuntz said in the announcement. “I’m happy for the boys because they also ensured qualification by finishing second at the 2019 European U21 Championship.

The national coach is to coach the German men’s team at the Olympics. In addition, three players per team are allowed in the squad who were born before 1997.

Olympic Games with Henrichs and Serdar?
The players from the affected age group include Florian Neuhaus (Borussia Mönchengladbach), Benjamin Henrichs (AS Monaco), Suat Serdar (FC Schalke 04), Marco Richter (FC Augsburg) and Florian Müller (1. FSV Mainz 05), who were in the squad for the European Under-21 Championship 2019.

“I am pleased that our players and we now have clarity,” said Joti Chatzialexiou, Sports Director National Teams at DFB. “This way, the players will not be deprived of the chance to participate in this highlight and the coaching team will still have the freedom to choose from the pool of vintages.”

Due to the coronavirus pandemic, the International Olympic Committee had postponed the Tokyo Summer Games by one year to 23 July to 8 August. Most recently, a FIFA working group had recommended raising the age limit for the tournament.