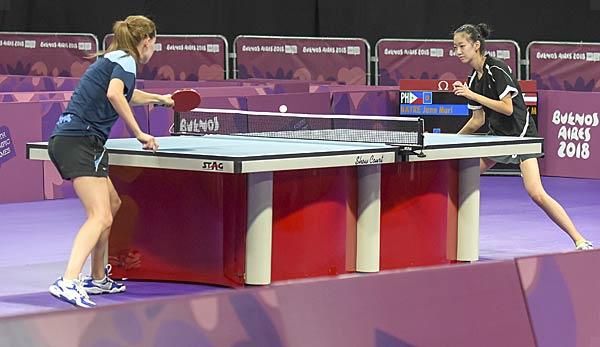 Curiosity in the European Table Tennis Cup: Due to an absolute tie in the women’s ETTU Cup, the third round match between the Dutch team TTV Heerlen and the Turkish representative Fenerbahce Spor Kulubu had to be determined by a coin toss.

Fortuna was there with the hosts and helped the former Champions League winner into the fourth round. Heerlen and Fenerbahce were absolutely level after the first and second leg.

The Turkish team had initially compensated the previous 1:3 first leg defeat in their own hall with their 3:1 defeat and also equalized the set difference to 15:15. The following counting of the balls resulted in a total of 280:280 single points for both teams also a tie.

The most famous coin toss in German sport is the decision of 24 March 1965 in the quarter finals of the then European Football Cup of Champions between the 1st FC Cologne and the English champion FC Liverpool.

After a goalless draw in both the first and second legs, the deciding match in Rotterdam ended with a 2-2 draw after regular playing time and extra time. Because the penalty shootout to determine a winner had not yet been introduced, the coin toss had to decide: The coin, however, remained almost vertically in the grass in the first attempt, before the coin brought Liverpool to the semi-finals in the second attempt.