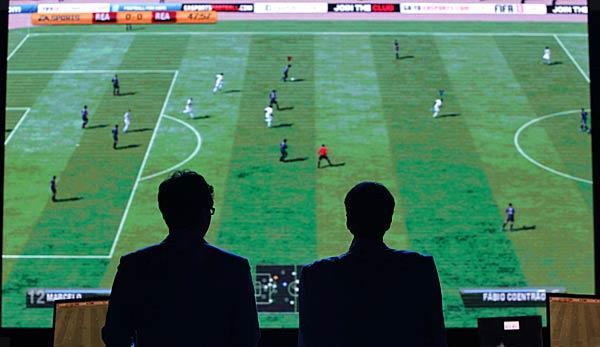 The German Olympic Sports Federation does not seem to want to give eSports any place in its family. On Monday, the DOSB’s rejection of the scene angered the minds.

Berlin/Frankfurt. Hard blow for the eSports movement in Germany, the scene is boiling with rage: The German Olympic Sports Federation (DOSB) does not want to offer the organized video game competition a home at the moment. In a statement issued on Monday, the DOSB stated that “eGaming in its entirety does not meet the central criteria for inclusion that constitute and shape the sports and associations system under the umbrella of the DOSB”. Those affected acknowledged this with a shake of the head.

“For months, the DOSB has exchanged and informed itself about eSport, but the positioning shows that there is still little understanding about the eSport movement,” said President Hans Jagnow of the eSport Federation Germany (ESBD). The German Sports Federation (Dachverband des deutschen Sports) has a 25-member working group on the topic of eSport in order to develop recommendations “for the future use of eSport”.

Since, in the opinion of the DOSB, the term eSport “stands for an extraordinarily wide range of very different virtual forms of offer and play with competition character”, it divides the current range of game titles into “electronic sport simulations” (FIFA19, NBA2K etc.) and all other virtual forms of play and play which it summarises as “eGaming”.

The latter, however, “does not correspond to the core meanings, logic of action and value system on which the sports and association system under the umbrella of the DOSB is built”. Worldwide popular games such as the fantasy strategy games Dota2 and League of Legends, which entertain a global audience of millions, find no support in the DOSB. “We see potential for further development in virtual sports for our clubs and associations. eGaming, on the other hand, does not fit in with what characterises organised sport oriented towards the common good,” said DOSB CEO Veronika Rücker.

In order to promote electronic sport simulations, the DOSB considers those associations which deal with the sport represented in the game to be responsible. “The DOSB recommends that those active in the field of virtual sports be informed about the sports”, it says. Thus, “there is currently no need for one or more independent eGaming/eSports associations under the umbrella of the DOSB”.

The sport, as it understands the scene, will not exist in Germany now. DOSB President Alfons Hörmann, meanwhile, said that the association would clarify “to what extent new developments fit under the umbrella of Sport Germany”.

In her disappointment, eSport now turned to politics, as the federal government around Digital Minister of State Dorothee Bär (CSU) plans to recognize eSport as a sport.

“The Federal Government should promptly implement the recognition of the non-profit status of eSport for the development of popular sport agreed in the coalition agreement. An approval of the DOSB is not necessary”, said Felix Falk, managing director of game, the association of the German games industry.

The DOSB also reacts sensitively to the issue of non-profit status. The association currently sees no reason to change the tax code and to include eSport as “an area that primarily pursues commercial exploitation interests”.

“We consider this attempt by the DOSB to exert political influence beyond the sporting sphere to be absolutely inappropriate. This is disrespectful towards the many people who volunteer their time every day in eSport to do social work,” said Jagnow. On 28 November, the Bundestag’s sports committee will inform itself about eSport. It smells like an analogous spat.