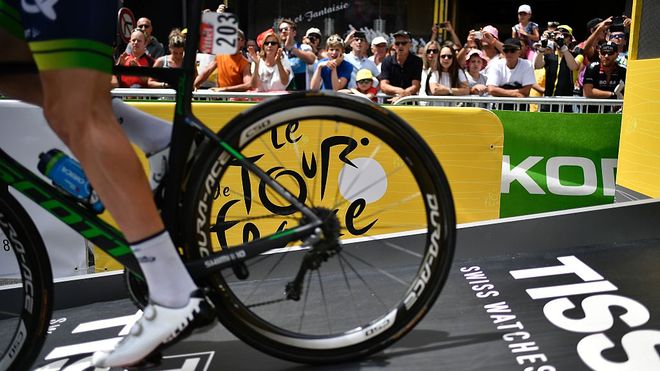 The UCI publishes the new cycling calendar. Due to the coronavirus pandemic, all highlights are pressed into a few months.

Tour start at the end of August despite a ban on events, date collisions en masse: The cycling calendar of the UCI, which has been adapted due to the pandemic, is bursting at the seams – and due to the unpredictable corona development it is standing on extremely shaky ground anyway.

If the UCI has its way, the Tour de France is to start in Nice on 29 August and end in Paris on 20 September, as is traditional. Although France does not allow events with more than 5000 participants until at least September.

This would at least have an impact on the start of the world’s most important cycling race, the staging of which is vital for the survival of professional cycling.

Even a tour without spectators would probably be affected by the ban in view of the people involved in this mega-event, which involves a mad amount of organisation. Moreover, the powerful tour boss Christian Prudhomme is a clear opponent of a ghost tour.

Apart from the Big Loop, the World Tour teams will have to deal with a huge amount of organizational effort. The decision about which driver should take part in which national tour and which classics is likely to be more difficult than ever before for those responsible.

Especially in October, the drivers and their teams will feel the concentrated scheduling problems, because: Those who drive the Giro d’Italia will miss three of the spring classics and the Vuelta in Spain, some of which are held in parallel.

French top driver Julian Alaphilippe is nevertheless happy: “Having something official is a great relief in these difficult times. We now have some real goals, races that we know will be held in August, September and October. That motivates us even more.”

Giro and Vuelta with overlap
The Giro, the second major tour of the country, will take place in a shortened form from 3 to 25 October. Despite the shortening, the Giro will then collide with the Vuelta, which will begin on October 20 and end on November 8.

In addition, three “Monuments of Cycling” are planned during the Giro in Liège-Bastogne-Liège (4 October), the Tour of Flanders (14 October) and Paris-Roubaix (25 October), which is scheduled parallel to the Giro Finale.

The Criterium du Dauphine (12 to 16 August), traditional Tour endurance test, will be shortened by three stages to five. The aim is to avoid big cities and instead to cycle to small communities. Milan-Sanremo is scheduled for August 8th, the Tour of Lombardy will run during the Vuelta on October 31st.

The calendar will simply be difficult to keep to. The UCI has generously donated the weekend of 22/23 August – just before the scheduled start of the Tour – for national championships.

No races in Germany until end of August
This would have pulled the plug on the Germany tour planned for 20 to 23 August anyway, but even this is now obsolete: in Germany as well as in Belgium, major sporting events are cancelled until 31 August.

The Hamburg Cyclassics planned for August 16th, but already postponed due to the pandemic, as well as the cancelled German classic Eschborn-Frankfurt have not yet been scheduled by the world federation.