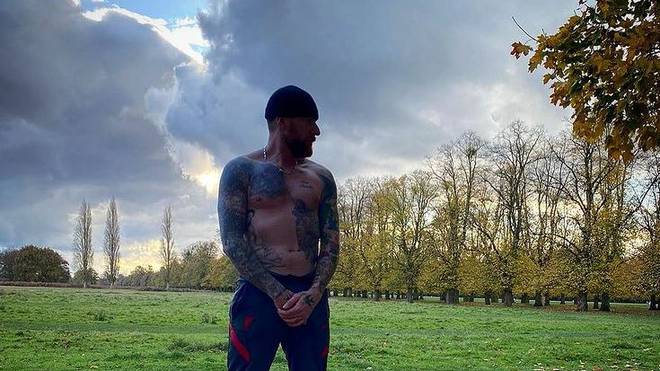 Bradley Wiggins will become a British cycling hero in 2012, winning the Tour de France and gold at the London Olympics. But in the meantime he has changed a lot.

A cycling hero who is hardly recognizable!

Bradley Wiggins presents himself to his fans on Instagram with a new outfit and surprises with tattoos, muscle mountains and an impressive full beard. There is little left to remind us of the cycling star who so sportily enraptured the British in summer 2012.

Just to remind you: At that time the 40-year-old gave England the best summer in the history of British cycling. Wiggins first triumphed in the Sky Professional Cycling Team at the 109th edition of the Tour de France as the first Briton ever, and was presented with the yellow jersey on the Champs Élysee on 22 July.

Just over a week later, he won gold in the individual time trial at the Olympic Games in London.

Even today, the images of the then 32-year-old racing through the streets of London are still present to the fans. Only his opulent sideburns did not quite fit the picture of the bicycle flea that had climbed up the mountains in an impressive manner during the Tour of France.

At just under 70 kilograms, Wiggins was virtually predestined to ride to fame and glory so easily and nimbly on his bike.

In December 2016, however, the professional, born in Ghent, announced his retirement from cycling – and wanted to celebrate success in another sport.

The big goal: to compete in rowing for Great Britain at the 2020 Olympic Games. However, the plan had already failed in 2018 because, according to Wiggins, there was not enough time to train sufficiently.

But if you look at recent pictures of the five-time Olympic champion (four track cycling titles), he seems to have found the time to train – and how: Wiggins has gained a total of 30 kilograms of body mass since his cycling career.

He has swapped his sideburns for an impressive full beard – an optical transformation on a grand scale.

Continue Reading
You may also like...
Related Topics:Bradley Wiggins