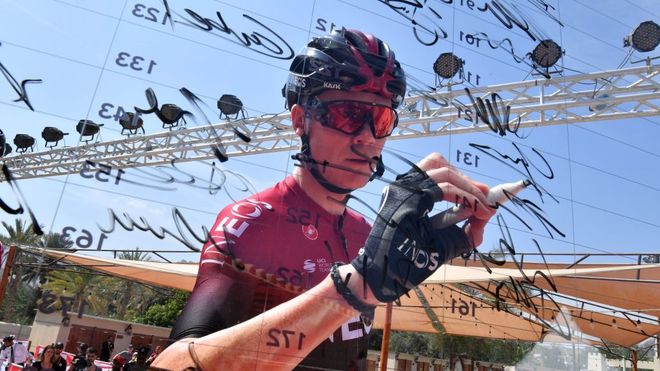 Rad star Chris Froome is sceptical about the feasibility of a “ghost tour”. He sees one thing in particular as a big problem.

“In theory, of course, we could start the race and show it on TV. The bigger question will be whether the organisers manage to keep the fans off the track,” the Brit said in a live chat on Instagram.

The 107th edition of the tour is scheduled to start on 29 August after a postponement due to the corona crisis. Before September, however, major events in France where more than 5000 people gather are prohibited. Such gatherings would therefore have to be stopped during the first stages.

Froome: “Either way, there will be other scenes”
But Froome has not given up his hopes for a tour start yet. “Either way, there’ll be different scenes than when we go through crowds and all that. But maybe this will be the version of the race we see this year,” said the 34-year-old.

The tour was originally scheduled to start on 27 June and end in Paris on 19 July. In mid-April, it was postponed by two months after French President Emmanuel Macron announced an extension of public measures to combat the coronavirus.

According to current information, the prestigious race is to run through France until September 20.