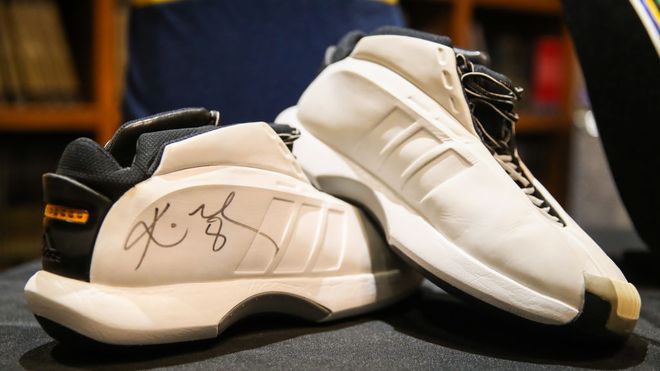 At an auction of memorabilia of the fatally injured Kobe Bryant, a six-figure sum is raised. Handprints are particularly sought after.

Memorabilia of the fatally injured basketball superstar Kobe Bryant brought in more than 200,000 US dollars (around 185,000 euros) at an auction in Los Angeles.

Unexpectedly the most money was raised by the concrete handprints of the American who died in a helicopter crash in January, with a high bid of 75,000 dollars (around 68,500 euros).

According to the auction house, original parts of the five-time NBA champion with the Los Angeles Lakers are comparatively rare.

At the annual auction, which this year only accepted written, online and telephone bids due to the coronavirus and was broadcast on the Internet, numerous jerseys, medals and other memorabilia from the world of sport came under the hammer.

Nowitzki: Game has changed lives
LeBron: So I would have added Jordan