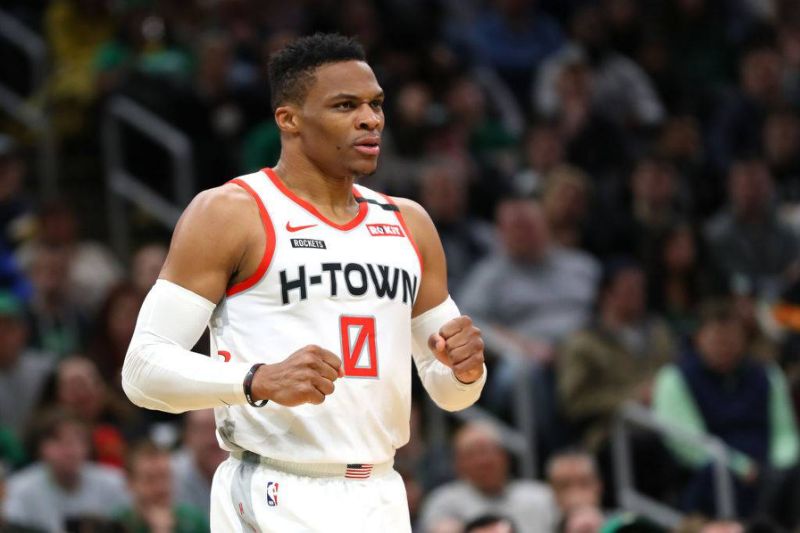 The restart of the NBA is coming closer. Russell Westbrook could be in for the Houston Rockets despite a corona infection.

Hope for the Rockets Nation!

After Russell Westbrook made his corona infection public a week ago, it now seems that the superstar could be available for the restart.

At least Rockets coach Mike D’Antoni is confident. At a press conference he explained to reporters that the point guard is on the right track.

D’Antoni is optismistic
“Our medical department decides when Russell is ready to play 20 minutes, 30 minutes or whatever,” D’Antoni said – and hopefully added, “I hear he’s in pretty good shape. Hopefully everything will go smoothly.”

The 31-year-old himself was already optimistic when he announced his illness. “I feel good at the moment, I’m in quarantine and I’m looking forward to joining my team mates when this is over,” the point guard announced.

Westbrook proved how important he is for the Rockets this season. In his first season in Texas, he averaged 27.5 points, eight rebounds and seven assists in 53 games. With 47.4 percent he has the best throwing rate in his career.

Restart end of July
Since July 7, the 22 teams have been in isolation in three quarantine hotels in Orlando. On the Disney grounds in the current Corona hotspot Florida, the clubs want to save the season, which was interrupted due to the pandemic, in a final tournament. The season, with eight regular games per team and subsequent playoffs, is scheduled to restart on 30 July and should last until October.