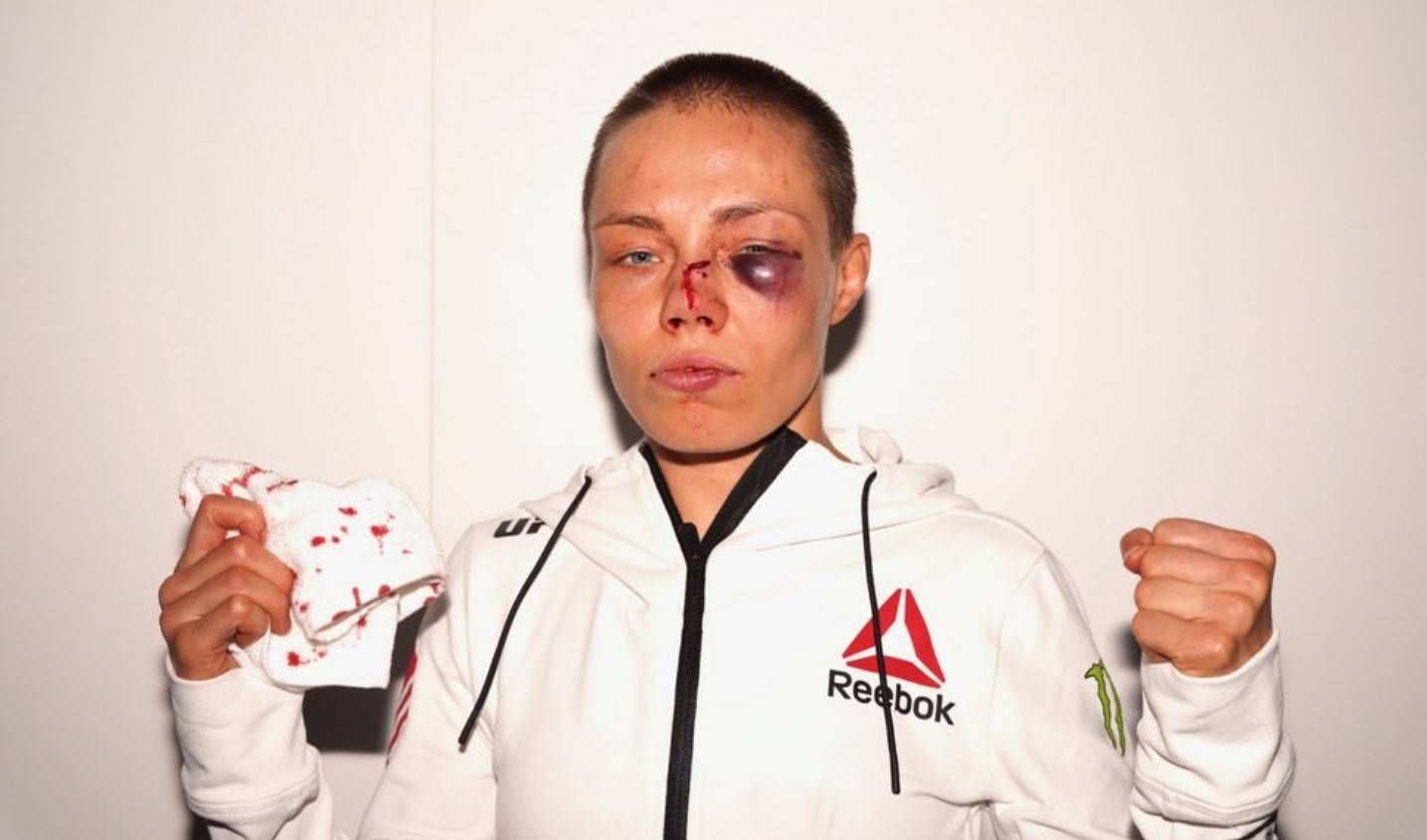 Rose Namajunas pays dearly for her victory at UFC251 on “Fight Island” in Abu Dhabi. At the spectacular event, UFC beauty Paige VanZant gives up in round one.

The big “Fight Island” event of the UFC has impressively fulfilled the expectations.

On Yas Island in Abu Dhabi, where Formula 1 also holds its annual Grand Prix, UFC President Dana White had created a “bubble” under strict corona rules to host a total of four events in the coming weeks.

Spectacular debut on “Fight Island
There will be a total of 3,500 tests on the island, including one after each event, and only when this is negative are fighters and coaches allowed to leave.

The fight night 251 was spectacular. In the straw weight category, Rose Namajunas beat Jessica Andrade on points, taking revenge for the knockout defeat in May 2019.

However, Namajunas paid for the victory with a brutally swollen left eye. She now faces a title fight against Zhang Weili, who last took the title from Andrade.

In addition, Kamaru Usman beat Jorge Masvidal on points in the main fight for the welterweight title. With his twelfth consecutive win, Usman drew level with superstar Khabib Nurmagomedov.

UFC-Beauty VanZant gives up
Alexander Volkanovski defended his featherweight title against Max Holloway on points. In bantamweight Petr Yan snatched the vacant title thanks to a technical knockout in the fifth round against Jose Aldo.

UFC-Beauty Paige VanZant, on the other hand, lost to Amanda Ribas in the flyweight after abandonment in the first round. For VanZant, who had enraptured the social media world with her nude pictures during the Corona quarantine, it was the last fight with her current UFC contract, how she will continue is unclear.