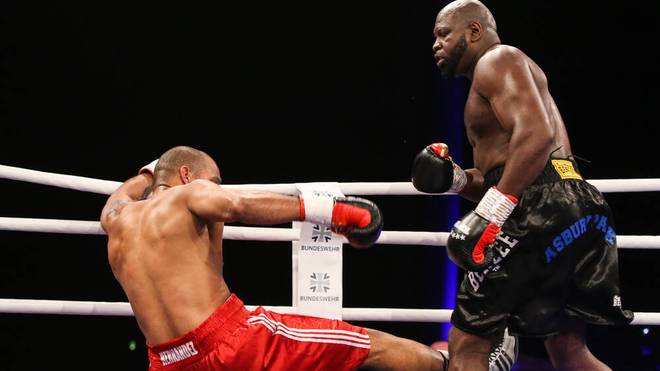 Yoan Pablo Hernandez returns to the boxing ring for the first time in six years. He loses a professional fight against an American for the second time in his career.

The 35-year-old Cuban, who is at home in Stendal, lost in front of almost 1000 spectators – including former coach Ulli Wegner – at the open-air event at the Seebühne in Magdeburg’s Elbauenpark against the American Kevin Johnson in the seventh round by knockout. It was only the second professional defeat for Hernandez. These are opposed by 29 wins (14 by knockout).

“It was up to me,” Hernandez said after the fight. “I was not ready enough. He’s an old hand at this, while I still have to work on it.”

In his last professional fight in 2014 in the Erfurt exhibition hall, the right wing had defeated Firat Arslan in a split decision by the judges and defended his IBF World Championship title in cruiserweight for the fourth time.

Afterwards, pain in his hands, elbows and knees had forced him to resign at only 29 years of age.

Tyson has to postpone comeback