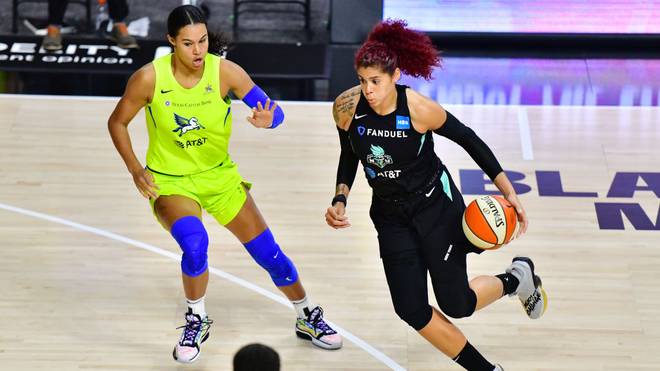 Satou Sabally has to accept the second bankruptcy in the WNBA with the Dallas Wings. The 22-year-old can’t build on her strong performances so far.

Germany’s basketball hope Satou Sabally has suffered her second defeat in the US professional league WNBA and was unable to repeat her recent top performance.

Sabally and the Dallas Wings lost against the Las Vegas Aces on Sunday (local time) with 70:79. Sabally, who had previously shone with a double-double against Indiana Fever, scored ten points and six rebounds in her fourth WNBA game.

Especially her litter quota left a lot to be desired, the 22-year-old only scored three of ten attempts from the field. She did not convert any of her four throws from the triple line.

“I just have to keep throwing,” Sabally said.

Last Friday she had outperformed Fever in her best performance so far with 23 points and 17 rebounds.

After the game against Las Vegas, the Wings now stand on two wins and two losses from four games in the WNBA bubble in Bradenton, Florida.