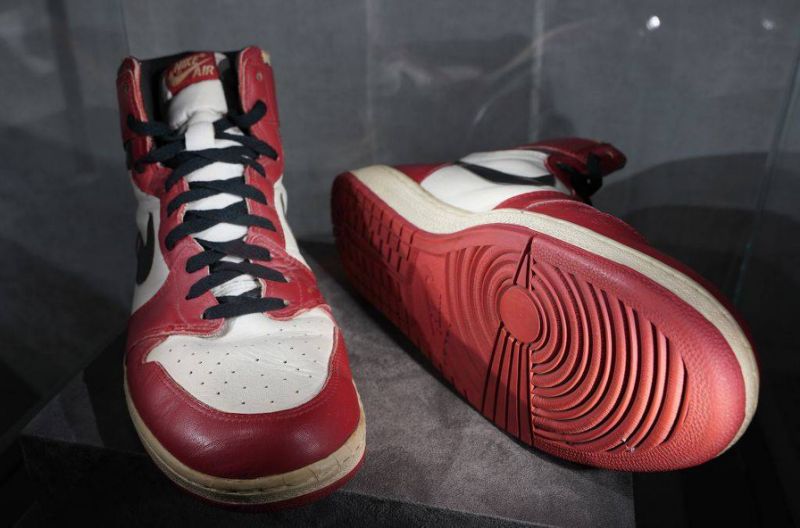 On Thursday, sneakers by NBA legend Michael Jordan will again be auctioned off. A new record sum is expected for a special pair.

Basketball fans will again have the chance to buy unique collector’s items: On Thursday, an online auction will start where eleven pairs of sneakers by NBA legend Michael Jordan will be auctioned off.

Record proceeds totalling two million dollars (1.7 million euros) are expected for shoes from sportswear manufacturer Nike. The bidding is organized by the US auction house Christie’s.

Among other things, sneakers worn by the six-time champion of the North American professional league NBA during a guest appearance in Italy in 1985 will be auctioned off. In the red-white-black “Air Jordan 1 High” shoe, he dunked a ball so hard that the glass pane on the basket burst. To this day there is a splinter of glass in the left sole. Proceeds for the pair signed by Jordan are expected to be between 650,000 and 850,000 dollars (552,540 to 722,550 euros).

Since the documentary “The Last Dance” on Netflix, which is about Jordan’s successful career, the market value of the shoes of the five-time NBA MVP (most important player of the season) has increased significantly.