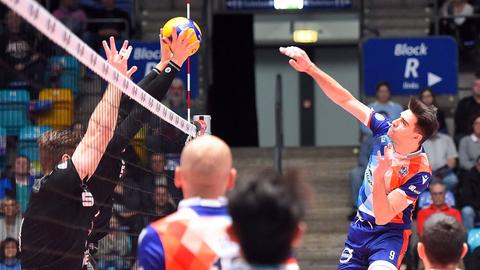 In the wake of the disappointing non-nomination for the Champions League, Jörg Krick resigns from his position as managing director of United Volleys Frankfurt

After the Champions League crash at the United Volleys Frankfurt last week, Jörg Krick is now also taking personal consequences and resigns from his position as managing director.

The 52-year-old announced that in future he will only act as shareholder.

However, the Champions League decision, which was “absolutely disappointing” for him, was only “the last straw”, which is why he made this decision after five years as managing director and partner, Krick is quoted on hessenschau.de.

However, the IT entrepreneur and investor sees new opportunities for the club in the new interpretation.

“With this new structure, we are better positioned to take our concerns and what we offer offensively to the outside world,” said Krick. “In the past, I was perhaps too often too supportive of the United’s interests and not selfish enough. This will not happen again in the future constellation.

It is not yet clear who will take over the vacant position of managing director in the coming period. It would be conceivable to recruit from within the company, they say.

“Anyway, we are well positioned with several experienced employees. Getting a new managing director was my goal anyway, so I made an early effort to find qualified candidates,” said Krick.