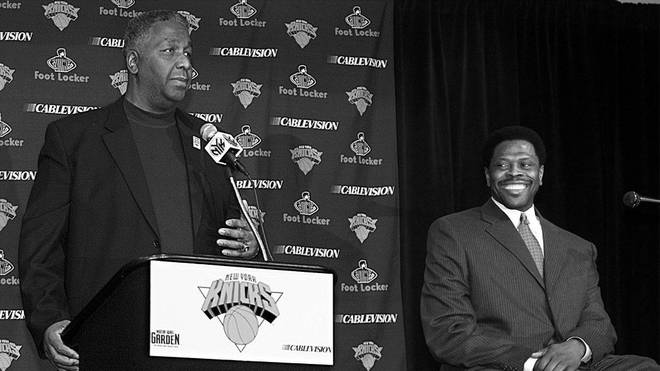 John Thompson dies at the age of 78. The US basketball coaching legend formed later NBA greats such as Patrick Ewing and Allen Iverson.

The American basketball coaching legend John Thompson died at the age of 78.

Thompson was the first black head coach to win the NCAA college championship in 1984.

From 1972 on, he was on the sideline for 27 years with the Georgetown University team, working with later NBA greats such as Patrick Ewing, Allen Iverson, Alonzo Mourning and Dikembe Mutombo.

“It breaks our hearts to pass on the news of our father John Thompson Jr.’s passing,” said his family in a statement published by Georgetown University: “Our father was an inspiration to many and dedicated his life to the development of young people not only on but especially off the basketball court.

Iverson tweeted: “Thank you for saving my life, Coach. I’ll miss you, but I’m sure you’ll look down on us with a big smile.”

Former basketball megastar Michael Jordan, who defeated the Thompson team in the 1982 University of North Carolina final, also expressed his condolences in the social media: “Coach Thompson was a truly great man and a legend in college basketball. He had such a huge influence on his players and was a father figure to so many of them. I admired him and I really loved him.”

“Big John” Thompson, whose trademark was a white towel over his shoulder, was inducted into the Hall of Fame in 1999. In 1988 he coached the US team at the 1988 Summer Olympics in Seoul.