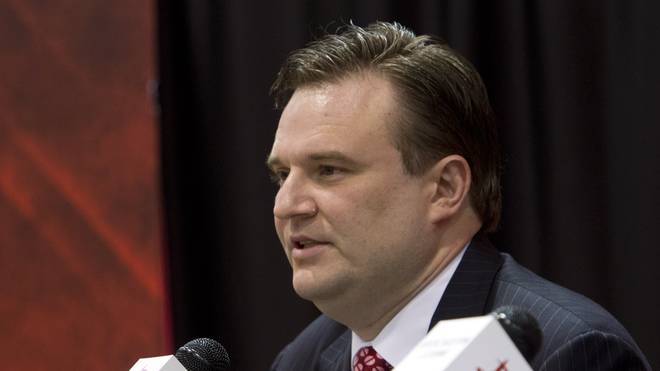 After 13 years, a decision-maker of the Houston Rockets surprisingly announces his resignation. A successor is already in the starting blocks.

A bang at the Houston Rockets!

Daryl Morey will surprisingly step down after 13 years as General Manager.

This was officially announced by the Rockets on Thursday evening, confirming a corresponding announcement by NBA insider Adrian Wojnarowski.

“It was just a great time for me,” Morey said on ESPN. “For me personally, now is exactly the right time. My youngest son has just graduated from high school. For me now, it’s all about family and other personal things.

According to ESPN information, Morey informed owner Tilman Fertitta of his intention to resign immediately after the playoffs at the Rockets in Orlando.

The two are said to have been working together in recent weeks on a termination agreement, as Morey’s contract in Houston ran until 2024. His term of office now officially ends on November 1.

But Morey does not completely rule out an NBA return.

During his time as GM, Morey also had an influence on the playing style of his team. He is considered to be one of the founders of the small ball, which is aimed at three of a kind and a lay-up, and is also known as Morey ball in reference to him.

According to ESPN, the current Rockets Executive Vice President of Basketball Operations Rafael Stone is to succeed Morey