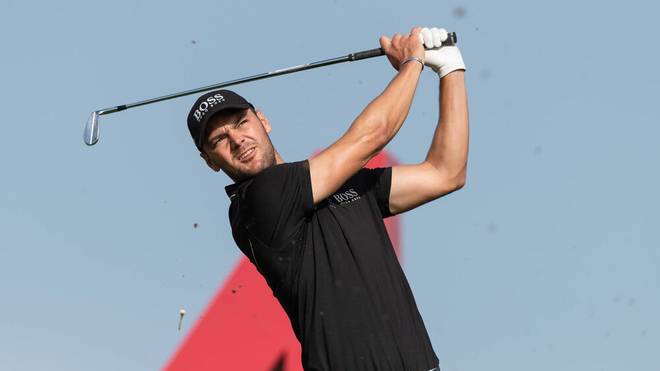 Martin Kaymer plays a strong tournament at the UK Championship and only just misses the victory in the end. However, he was in the lead for a long time.

Germany’s top golfer Martin Kaymer (Mettmann) narrowly missed his first tour victory in six years. In an exciting final at the UK Championship on the former Ryder Cup course The Belfry in Sutton Coldfield, England, the two-time Major winner had to settle for third place after 275 strokes.

The victory was won in a play-off by the 19-year-old Dane Rasmus Höjgaard and the 20-year-old South African Justin Walters. Both had needed 274 strokes. Frenchman Benjamin Hebert came in third with Kaymer.

“Of course it is a bit disappointing to be in the lead for a long time and not be able to use a relatively easy par 5 so late in the round and even make a bogey,” Kaymer told SID, but in the end the satisfaction outweighed the disappointment: “All in all it was a good week, I played consistently well over four days and can take a lot of positive things with me to Valderrama (next tournament, editor’s note), on a course that I like and that has suited me in the past.

Kaymer long in the lead
Until his 15th hole Kaymer had apparently been in the lead. With the fourth birdie of the day he extended his lead to two strokes. But the joy was short-lived, Höjgaard drew level with the German on 17 with an eagle. A bogey on the relatively easy hole 17 then cost Kaymer, who started in the final flight, his first tour victory since his triumph at the US Open 2014.

Kaymer had finished second behind leader Justin Walter from South Africa on the last 18 holes and withstood the pressure. The Rhinelander, former number one in the world rankings, took the lead with his third birdie of the day on the 13th in a close fight at the top of the leaderboard. At times, six professionals were in the lead at once.

Kaymer has eleven more victories on the European Tour on his account, including the US Open 2014 and the US PGA Championship 2010, his first of the two major triumphs.

Kaymer laid the foundation for the great starting position on Saturday with a 66er round after eight birdies and two bogeys. “It was perhaps the hardest day,” said Kaymer after the end of the round: “But I’ve been hitting the ball quite well for the last three days.

And in contrast to previous tournaments, he was able to deliver his good form on The Belfry over four days. Even though the crowning glory was missing in the end.

Popov: Golf queen from nowhere
From the drug swamp to the golf olymp