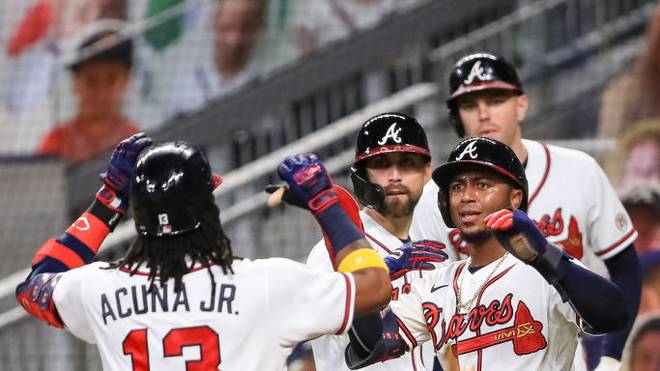 The Atlanta Braves only just missed a record. Against the Miami Marlins, the franchise achieved the second most runs since 1900.

The Atlanta Braves only just missed a record in the MLB.

The team from Georgia defeated the Miami Marlins on Wednesday 29:9 and scored the second most runs (points) in the so-called “modern era” of baseball since 1900.

The Texas Rangers hold the record, scoring 30 runs in a 2007 game against the Baltimore Orioles. The Boston Red Sox (1950 vs. the St. Louis Browns) and the Chicago White Sox (1955 vs. the Kansas City Athletics) also scored 29 points in a single game since 1900.