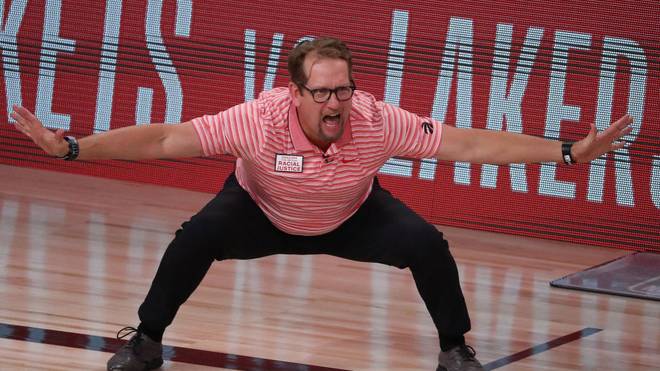 Despite the early failure in the NBA playoffs, the Toronto Raptors are sticking with Nick Nurse. The coach gets a new contract – and makes a declaration of war.

NBA champion Toronto Raptors has extended the contract with his successful coach Nick Nurse despite his early exit from the playoffs.

As the Canadians announced, the 53-year-old signed a contract for several years. Nurse was recently voted Coach of the Year in the best basketball league in the world.

“I have seen this club grow and reach its peak,” he said, “and I would like to help it win another championship.

Last year, Nurse had led his team to their first NBA title in their first year as head coach. This season, the Raptors were eliminated in the quarter-finals of the playoffs against record champions Boston Celtics.