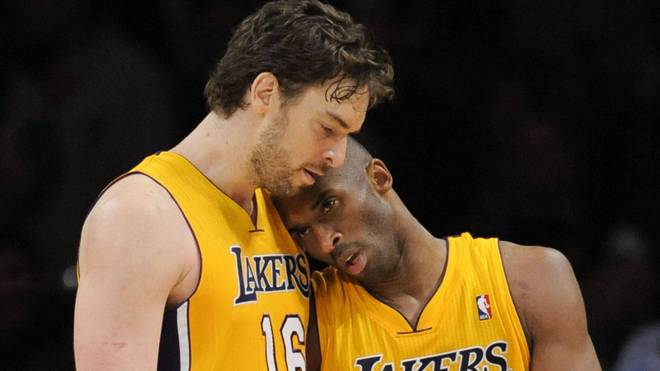 Spanish basketball superstar Pau Gasol gives his newborn daughter a special name. This name is in memory of the late Kobe Bryant.

What a touching gesture!

Spanish basketball superstar Pau Gasol and his wife Cat have given their newborn baby the name “Elisabet Gianna” in memory of Kobe Bryant and his daughter.

Kobe Bryant, at whose side Gasol had played for the Los Angeles Lakers in the NBA for six years and won two titles, died with his daughter Gianna in a helicopter crash in January.

“Our little one has finally arrived. The birth went well and we could not be happier. Elisabet Gianna Gasol, a very meaningful name for our beautiful daughter,” the athlete wrote on Twitter and added the hashtag #girldad, made famous by Bryant.

Vanessa Bryant godmother of the baby
Kobe Bryant had four daughters with his wife Vanessa and always stressed how proud he was of them. Vanessa Bryant was also very happy about the arrival of the little Gasol daughter.

“My goddaughter is here,” the widow wrote on Twitter. “I love you three so much and am so touched that you asked me to honor Gigi in this way. I can’t wait to take Elisabet Gianna Gasol in my arms,” continued Bryant.

“We love you. You will be the best godmother for our Ellie Gianna,” Pau Gasol commented on the entry afterwards.