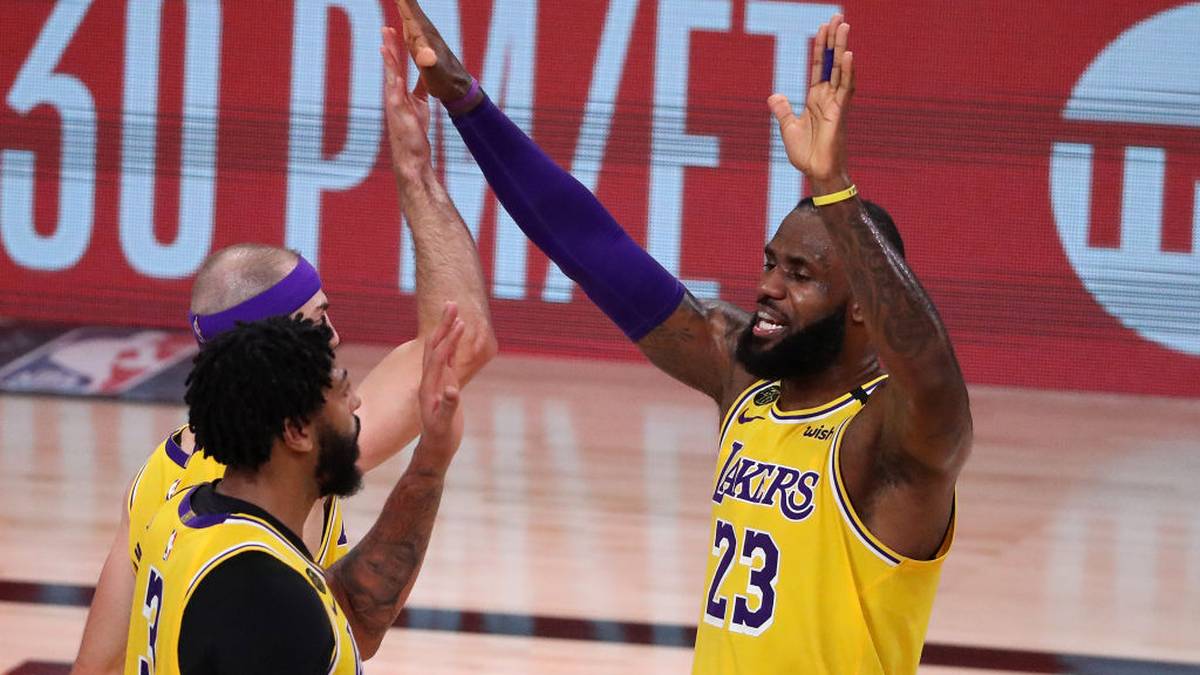 Thanks to Anthony Davis, the Los Angeles Lakers will once again win against the Houston Rockets and, for the first time since 2010, are on the verge of reaching the finals in the NBA playoffs.

The hoped-for goal is so close: The Los Angeles Lakers are only one victory away from their first appearance in the finals since 2010.

The team of superstars LeBron James and Anthony Davis won 110-100 against the Houston Rockets and now leads 3-1 after four games in the best-of-seven series.

With 29 points and 12 rebounds, Davis was the outstanding player of the Lakers, who dominated almost the entire game and was never behind at any point.

Remarkable: In the meantime, the advantage over the Rockets was 23 points – James (16 points, 15 rebounds, 9 assists) held back for his circumstances.

Russell Westbrook (25 points) proved to be the best scorer of the Rockets, who had won the previous round against Oklahoma City Thunder around national player Dennis Schröder. James Harden (21 points, 10 assists), on the other hand, remained well below his capabilities this time.

The Beard” could not explain the weak performance of his team in the possibly pre-decisive game 5. “Good question,” said the Rockets Guard.

Frank Vogel did not have a center in the starting five in game 5 of the series. “We try to play a bit like Houston does,” explained the Lakers coach.

Lakers only wobble in the final phase
It was only in the final phase that L.A. became unnecessarily exciting again, letting the Texans unexpectedly come within striking distance again after a 15:2 run. The deficit even melted down to five points, but the chase to catch up was still a flash in the pan.

The fifth game of the series will take place on Sunday.

In the final series of the Western Conference, the Lakers could meet their local rivals afterwards: The Clippers also lead 3:1 in their series against the Denver Nuggets.