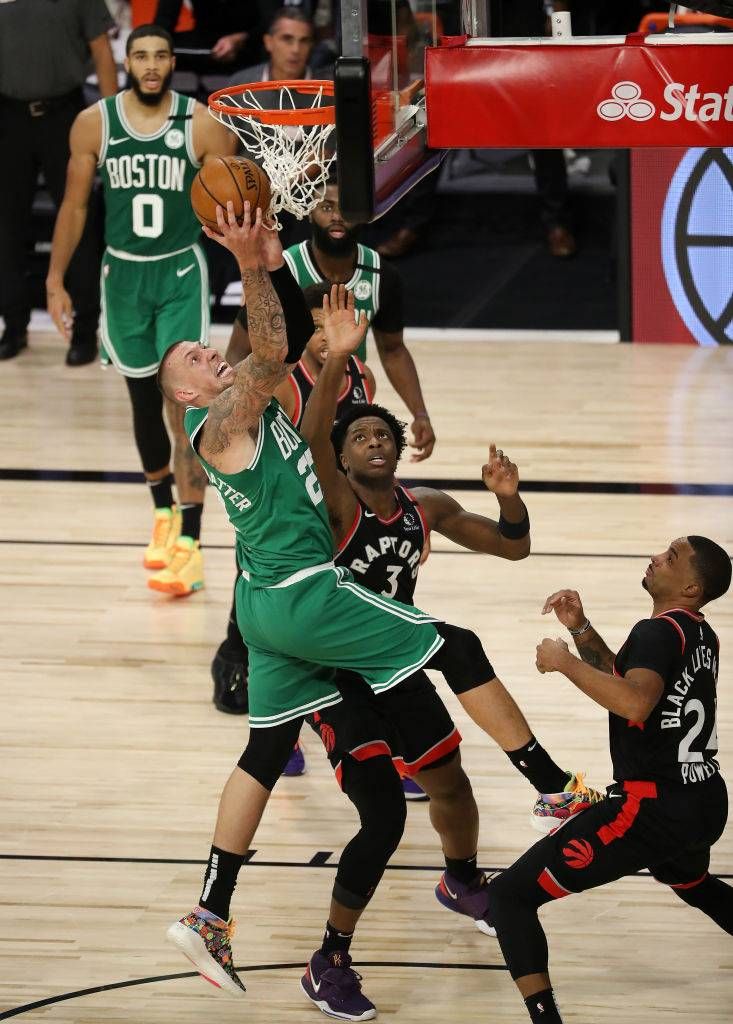 The Boston Celtis miss the match point against the Toronto Raptors. Meanwhile, the champion saves himself in an overtime thriller into the deciding game.

The Boston Celtics missed their first match point despite the offensive strength of Daniel Theis.

In the sixth game against defending champion Toronto Raptors, the record-holder lost 122-125 after two extra time, making it 3-3 in the best-of-seven series. The decisive match will take place on Friday, with the winner meeting Miami Heat in the semi-finals.

Theis rescued the Celtics with the last four points in regular season at the score of 98:98 into the first overtime. In the second, he scored six more of his 18 points and put his team in the lead for the last time with a 117-115 lead.

After that, however, the Raptors scored six points in a row. Marcus Smart missed the equalizer for the Celtics with a failed three-point attempt 1.5 seconds before the final siren.

The best pitcher was Jaylen Brown with 31 points. The Shooting Guard was supported by Jayson Tatum, who only just missed the triple-double with 29 points, 14 rebounds and nine assists.

“A great basketball game,” Celtics coach Brad Stevens said despite the defeat. “We’ll see how we can regenerate now. Get some ice on your feet and get ready for Friday.”

The Los Angeles Clippers have increased their lead to 3:1 against the Denver Nuggets and continue to dream of the first Western Conference Final.

The L.A. franchise won 96:85 in game four of the best-of-seven series. Superstar Kawhi Leonard played a decisive role in the victory with 30 points, eleven rebounds and nine assists. For his first play-off triple-double, the 29-year-old was only missing one assist, but the forward scored 30 or more points for the sixth time this post-season.