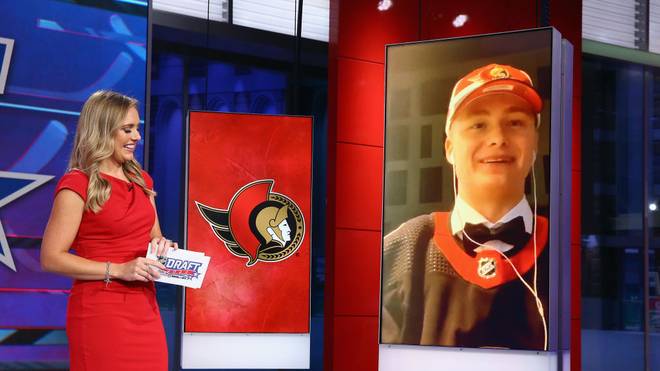 Tim Stützle is picked as early as Leon Draisaitl in the NHL draft by the Ottawa Senators. With his new team, failure and chaos prevailed recently.

Now he is already on the same level as the most valuable player in the world’s strongest field hockey league – and will be chasing the puck in Canada as well: Tim Stützle has been selected third in the NHL draft and thus just as early as the newly crowned NHL MVP Leon Draisaitl six years ago.

In the night to Wednesday, the Ottawa Senators voted for the 18-year-old attacker of the Adler Mannheim – and thus also delighted Draisaitl. “I am in contact with the Timmi. I called him yesterday and wished him good luck,” said the top star on Wednesday in Cologne: “For German ice hockey, this is of course huge.

Also in the first round of the draft, Lukas Reichel from the Eisbären Berlin came to the train. The Chicago Blackhawks chose the likewise 18-year-old striker in 17th place.

But of course the greater attention was paid to Stützle, on whom great hopes are now resting in Ottawa – after his new team had recently had to cope with a lot of failure and turbulence.

Stützle presents the legend of the moderator
Stützle was presented by the Senators in a creative way: The Canadian moderator legend Alex Trebek – known throughout America as the host of the famous game show “Jeopardy” – presented the Pick in the style of the show: “Who is Tim Stützle?” was the answer to the quiz task, read out in question form, which player the Senators had chosen in the draft.