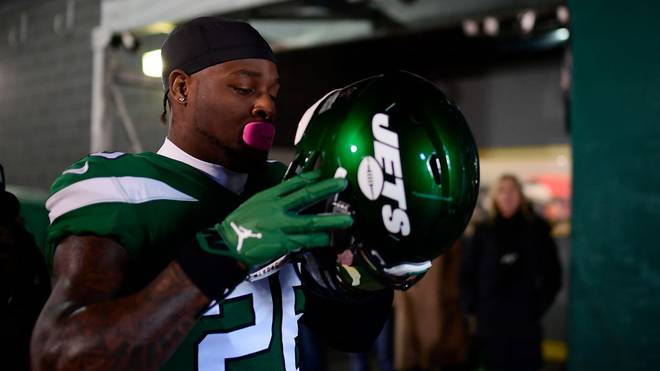 Superstar Le’Veon Bell is fired by the New York Jets – the low point of a million dollar misunderstanding. Bell and the coach are to blame themselves.

The running back had just barely missed the AFC final with the Pittsburgh Steelers, reached his third Pro Bowl in four years, impressed with almost 2,000 yards in only 15 games and set a Steelers record with 85 catches. With Antonio Brown he formed a star duo of the highest order.

A good two and a half years later, he was fired by the worst team in the NFL because nobody wanted him to trade. How could it come to this?

To colossally wrong decisions of the 28-year-old came special circumstances and the continuing incompetence of the New York Jets: the perfect storm – a debacle with announcement.

Bell played poker with the Steelers early on

But everything in sequence: The Steelers knew very well what they had on their 2013 second-round pick. As early as 2016, the franchise offered him a contract extension of 60 million dollars, but Bell played poker and speculated on even more money at the end of his rookie deal.

That was legitimate, after all, running backs usually start to retire from the age of 30 and therefore only get one big contract in their career – even such exceptional talents as Bell.

The negotiations were tough, because the team finally awarded him Franchise Day for the second time in a row at the beginning of 2018 – a one-year team option that is paid very lucratively. This is also a normal process, because you can continue to negotiate a long-term contract.

Strike as the beginning of the end

After 12 million in 2017, Bell would have earned 14.5 million dollars in 2018, but without long-term security it would have borne the risk itself – for example in the event of an injury.

Thus the fronts hardened more and more and also revealed the disadvantages of the NFL system for the players. Because they can hardly defend themselves against the franchise day option.

Bell decided on confrontation. He striked for the 2018 season, burning bridges to the team and fellow players.

The Steelers finally gave in and let their top star go for free in spring 2019. Bell got his way, but his image had suffered enormously. Besides, a whole year without football is not without problems, especially for a running back in the middle of his (short) golden age.