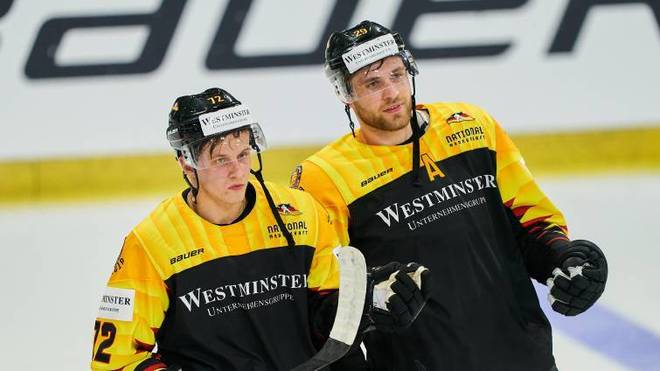 National striker Dominik Kahun joins the Edmonton Oilers and his compatriot Leon Draisaitl in the NHL from Buffalo – the duo has known each other for a long time.

Ice hockey star Leon Draisaitl is apparently being reinforced by the German national team at the Edmonton Oilers.

As the Ice Hockey News reports with reference to the personal agent, Dominik Kahun is moving to the Oilers in the NHL, where he is to sign a one-year contract. The 25-year-old was last under contract with the Buffalo Sabres.

Draisaitl (25) and Kahun are good friends; they have known and appreciated each other for days together at the Jungadler Mannheim. “I am happy that the two friends can play together in Edmonton”, Kahun’s agent Jiri Poner told Ice Hockey News: “Edmonton had the most interest besides Buffalo. But the Sabres have decided to go another way”.

Kahun, who has been keeping fit as a training guest at his former club Red Bull Munich since the summer, was a so-called Restricted Free Agent. Because the Sabres had not made him an offer, Kahun was free to negotiate with other clubs.