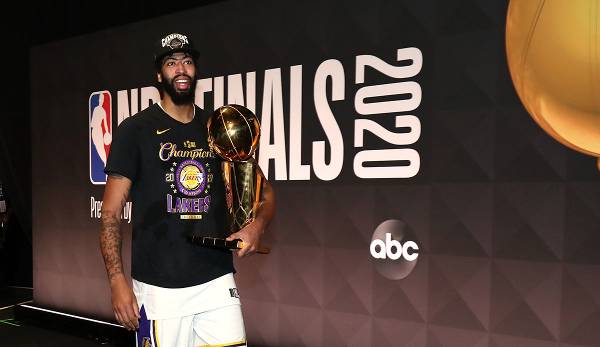 After the championship, Anthony Davis’ whereabouts with the Lakers should be safe, one would think. But the superstar leaves his future open.

Anthony Davis surprised with a statement about his future.

The big man, who celebrated his first championship at the Los Angeles Lakers alongside LeBron James, declared after the decisive win against the Miami Heat, when asked about his plans: “I have no idea. I have no idea.”

Davis may resign from his contract this summer and become a Free Agent. “I had a great time in LA that first year,” said Davis, who experienced “nothing but joy.

“I will find out in the next few months,” said the 27-year-old about his future.

Only last summer Davis had come from New Orleans to the Lakers.

“I’m not one hundred percent sure, but that’s why my agent (Rich Paul, editor’s note) is who he is,” he said, “We’ll discuss it and I’ll figure it out.