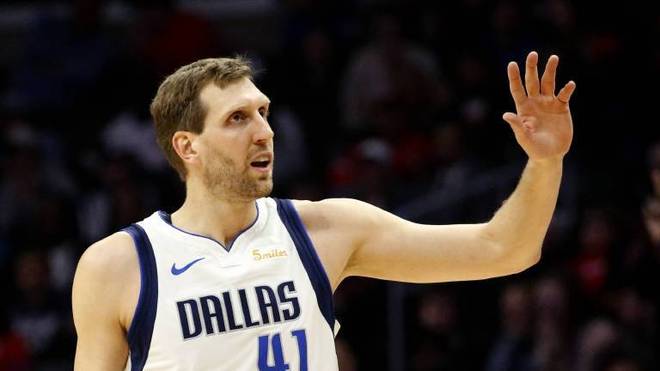 Dirk Nowitzki turns down a job offer from Steve Nash as assistant coach with the Brooklyn Nets. He reveals what the Dallas Mavericks have to do with it.

NBA legend Dirk Nowitzki recently turned down an offer to become assistant coach for the Brooklyn Nets from the NBA of his former teammate Steve Nash.

He cited wrong timing as a reason. “That wasn’t true at all, I’ve only been out for a year and a half and it’s a lot of fun with my family and the kids right now,” said the 2011 NBA champion DAZN and Spox.

But now the German basketball idol expressed another motive, which was probably even more decisive. “First of all, I don’t know if I could do it anywhere else but here (Dallas Mavericks),” the 42-year-old explained at the Dallas Morning News.

It was only afterwards that Nowitzki cited the unfavorable time and added: “I like being with the family. I’m so over basketball at the moment that I haven’t even thought about it.

Nowitzki has cancelled with Nash a close friend. The two played together at the Mavs and formed a brilliant duo before Nash switched to the Phoenix Suns in 2004.

With the 46-year-old as coach and the superstars Kevin Durant and Kyrie Irving, the Nets are considered a candidate for the title next season.