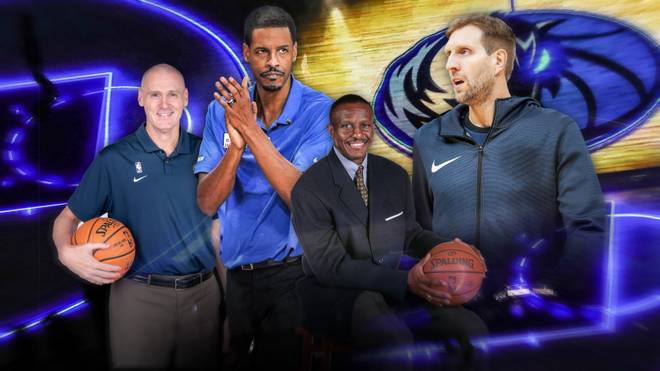 Stephen Silas is not the first time that a co-trainer of the Mavs tries his hand as head coach in the NBA. His predecessors did so with great success.

In the office of Head Coach, the Dallas Mavericks rely on consistency. Rick Carlisle will start his 13th season as Mavs coach at the end of the year – when the new NBA season starts in December as planned.

This makes the 2011 champion coach of the world’s best basketball league the third longest in office. Only Gregg Popovich (since 1996 with the San Antonio Spurs) and Erik Spoelstra (since 2008 with the Miami Heat) are ahead of him in the longest serving coaches.

But with Carlisle’s staff, things look a little different. Time and again, great assistants of the 61-year-old have turned their backs on Dirk Nowitzki’s former franchise.

A current example: From the coming season on, Stephen Silas is going his own way. The son of former NBA star Paul Silas will become head coach of the Houston Rockets and there successor of Mike D’Antoni. In 2018 he hired him as assistant to Carlisle at the Mavs.

If he does as well at the Rockets as his co-predecessors, he can look forward to a great career as head coach. After all, Silas is not the first one to venture to the number one position on the sidelines after leaving the Texan team.

Two former Carlisle assistants have now left their mark on an era with their new employers.

One is Terry Stotts. The US-American joined the Mavs shortly after Carlisle took office in summer 2008. As an offensive coach, he played a major role in winning the championship three years later.

No wonder that the now 62-year-old aroused the interest of other franchises. Apparently, the Portland Trail Blazers, who signed him in 2012, made him the best offer.

And he still coaches in Oregon today. Stotts has been doing a good job with the Trail Blazers since the beginning of his tenure, which culminated in the 2019 Conference Finals.

Casey from Dallas to Toronto

The other is Dwayne Casey. The ex-College coach got the chance as Head Coach of the Minnesota Timberwolves in 2005, but did not last longer than two years.

Then his path led him to Dallas where, like Stotts, he was part of Carlisle’s team of coaches in the title year. Casey joined the Toronto Raptors as head coach immediately after the 2011 championship, where he was primarily responsible for defense strategies.