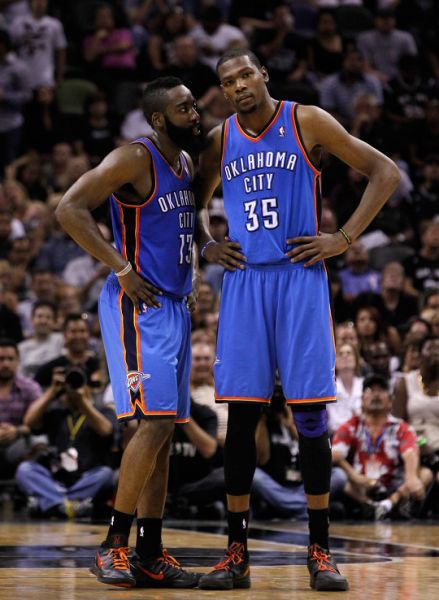 James Harden apparently no longer sees his future at the Houston Rockets and wants to return to the side of an old friend. A blockbuster deal could be in the offing.

It could be the next blockbuster trade in the NBA: James Harden from the Houston Rockets to the Brooklyn Nets!

According to several ESPN reporters, Harden is struggling with another future in the Rockets, which once again will probably not be able to compete for the NBA title – and is aiming for a trade.

Harden back at the side of Durant?

At the top of the list of possible destinations are probably the Nets – for a good reason!

The two stars, who played together for Oklahoma City Thunder between 2009 and 2012, are said to have already openly discussed whether the combination – also with superstar Kyrie Irving – could work for the Nets at joint workouts in Los Angeles during the off-season.

Nets must offer Rockets a lot

The team leaders have not yet talked to each other, but the Nets should be able to enforce Harden’s contract terms.

He still has a contract with the Rockets until 2023 and will earn around 133 million US dollars by then.

However, the Rockets will also demand a lot in return for Harden: several players, draft picks and pick swaps will be necessary. With Caris LeVert and Spencer Dinwiddie Brooklyn has two good assets, and Jarrett Allen is also likely to be part of a possible deal.