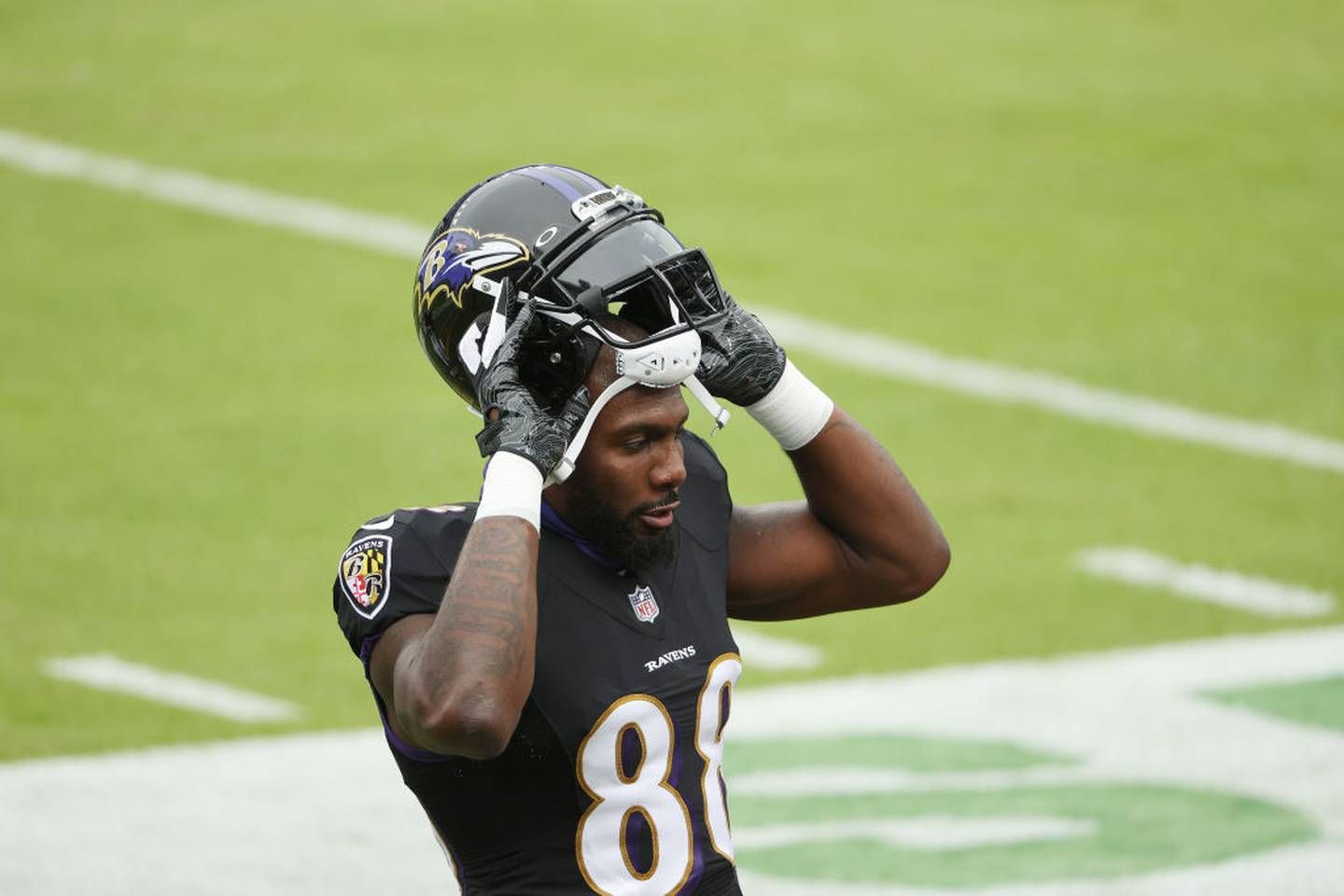 The duel of the Baltimore Ravens against the Dallas Cowboys becomes a Corona farce. Shortly before the start of the game Dez Bryant tests positive, but the game still takes place.

The Baltimore Ravens celebrated a clear win against the Dallas Cowboys – Dez Bryant was not in the game.

The Wide Receiver tested positive for Corona, his personal duel with former Team Dallas (where Bryant played from 2010 to 2017) was a last-ditch effort.

Particularly irritating: The decision was made less than an hour before the start of the game, after the star pass receiver was pulled from warming up and had to do a test.

The NFL game took place despite the positive result.

Bryant expressed his frustration on Twitter: “Tell me why they’re pulling me off the warm-up so I can get tested. The shit comes back positive. I tested positive for Covid. The crazy thing is that I have the same damn routine. This crap doesn’t make sense to me,” the 32-year-old wrote on Twitter.

But that is not all. “I go even further and say that was the end of the season,” Bryant says, “I can’t be bothered with this kind of thing.

Provocatively, Bryant then asked if the game would be cancelled after he tested positive – the game took place. After the receiver entered the field before his other teammates and caught passes from backup quarterback Trace McSorley, there were no further risk contacts, according to the league.

When asked about concerns that other players might have been infected, Ravens coach John Harbaugh simply said, “Trust science. You have to rely on the league and its corona rules and act accordingly.

Bryant had to be retested after his Tuesday morning findings were inconclusive according to the NFL. The information only reached officials on the ground when the Ravens star completed his personal warm-up program two hours before the start of the game.

In his frustration over the failed revenge against Dallas, Bryant became a normal fan – and watched his colleagues’ 34:17 win in front of the TV. “I’m about to drink wine and come to terms with it,” he gave his followers an update.

I’m about to drink some wine and cope….

Corona eruption at Ravens – but Jackson back
Bryant, who played for the Cowboys for eight years, joined the Ravens in October and faced his first duel against his ex-team. However, he missed the chance to show that it was a mistake to let him go.

Only recently there had been a corona outbreak at the Ravens, a total of 23 players were put on the COVID 19 list. Quarterback Lamar Jackson also tested positive, but returned against the Cowboys and led his team to victory.