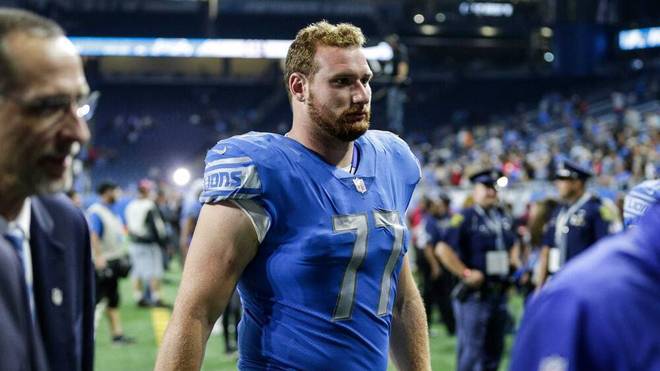 An injury like this is rare, even in the NFL.

Center Frank Ragnow of the Detroit Lions suffered a broken throat last Sunday in a game against the Green Bay Packers, it has only now been revealed. (SERVICE: The NFL standings)

According to NFL insider Ian Rapoport, the 24-year-old suffered the injury in the 1st quarter, but played every snap of the offense in the 24-31 loss.

NFL star not allowed to talk after breaking throat

Ragnow was absent from practice Wednesday. Throat injuries can affect breathing, speaking and swallowing, among other things.

As the Detroit Free Press reports, the NFL star is doing well so far, he can breathe and eat – only he is currently not allowed to talk. Since the center in particular gives many commands, this is an enormous restriction.

Specialists must now decide how long Ragnow will be out.