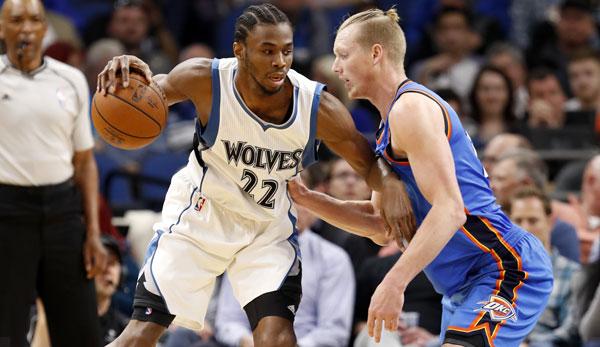 According to media reports, the Minnesota Timberwolves are on the verge of reaching an agreement with Andrew Wiggins on a contract extension.

This is what Darren Wolfson from KSTP writes on Twitter.It is expected that Wiggins will sign the contract extension agreement before the first team training on Saturday.It’s supposed to be $148 million for five years.

The 22-year-old Wiggins enters his fourth season at Wolves.Even though he is still acknowledged to have great development potential, he shone last season with an average of 23.6 points.

The Wolves were one of the most active teams of the off-season.They got Jimmy Butler from Chicago via trade and engaged the free agents Jeff Tegaue, Taj Gibson and Jamal Crawford.