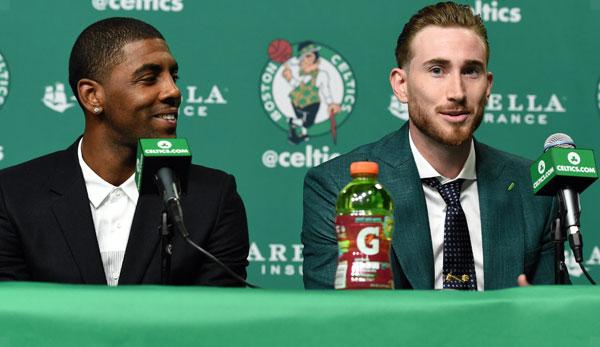 Kyrie Irving visited an ESPN talk on Monday and talked about his feelings after his trade with the Boston Celtics and his ambitions in the new team.

When asked what he felt after his trade with Celtics, Irving replied:”I was thrilled,” emphasizing that his trade inquiry had nothing to do with his desire to play a bigger role – such an ego was not there.

I’m looking forward to being able to be what I’ve always wanted in Boston: a complete point guard in a great team.I want to run pick-and-roll and dissect enemy defenses.”

Money did not play a role in his decision,”You can’t call up a price for satisfaction,”he explained, pointing out that he had renounced his trade kicker (salary increase in the case of a trade) of $5.8 million.

Uncle Drew was still having a hard time identifying concrete goals with Celtics,”said Uncle Drew,” This is a very difficult question that we are likely to be asked very, very often.Until we find our identity.Please note: We only have four players left who played for Celtics last season.We are an almost completely new team and we have to be considered and evaluated as such.”