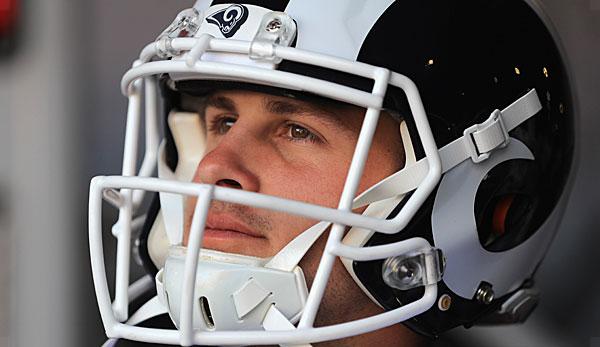 Week 3 begins with the meeting of two teams in the middle of a rebuilding process.Both the San Francisco 49ers (0-2) and the Los Angeles Rams (1-1) have moved not so long ago – even if the Niners only moved for a few miles.In a division that may be more balanced than initially expected, both teams have a great opportunity.Who can use it at the start of Week 3 (Fri, 2.25 a. m. live on DAZN)?

Who will be THE next team of NFC West?The reign of the Seattle Seahawks and the Arizona Cardinals has been very clear in recent years.Now, however, the division seems to be slowly opening up again.

While the Cardinals fall far short of their own expectations and have already retired from the favourites after David Johnson’s injury and Carson Palmer’s alarming performances, there are problems in Seattle as well.

The Seahawks suffer from a weak offensive line and are unable to produce with the ball in their own hands.Even the match against the 49ers, who were supposedly underestimated, went just as well to last season’s division champion.

It’s the door for the young teams from L. A.and San Francisco openly?Well, maybe it’ll come a little early.However, there are some interesting factors on both sides of today’s duel.

In his fourth year in the league, Carlos Hyde finally seems to be able to flip the switch.The 27-year-old made a very good impression during the pre-season and confirmed this in the first two games of the season.Hyde is the fourth largest rush-yard in the league with 169 rushing yards.The most impressive thing is the seven yards per run.

But one thing is still happening.The offense, which depends on her running game, has not yet achieved a single touchdown “I was very satisfied with Carlos’ performances in both games.He came to fight, and you could see that,”said Shanahan after the game in Seattle.

Meanwhile, the Rams Running Game is also much better than last year.After a year of oblivion, Gurley has run for 128 yards and is the eighth best back of the league.

Gurley has achieved two touchdowns so far and is also dangerous as a receiver.Eight reception areas for 104 yards make it a danger for the Niners Defense in this area as well.

The 27:20 defeat against the Redskins was a bitter defeat for the Rams and Jared Goff in particular.So the Second-Year quarterback with the ball in his hands had the chance to equalize in the last drive, but then threw the decisive interception.

Until then, he had done a good job of moving out of his pocket and lengthening the placements.He has so far sold 66 percent of his passports and fired two scores and the serious interception against Washington.

Goff is expecting a defense against the Niners, which has so far allowed 299.5 yards and 17.5 points per game.The failures of Linebacker Reuben Foster and Safety Eric Reid, however, are particularly serious.Foster is already considered the most athletic defensive player in team circles.

As mentioned above, the Niners have so far offered lean goods offensively.With Brian Hoyer as the starting quarterback, the Niners will probably not plan beyond this season.Hoyer threw against Seattle for 99 yards and an interception.

The Niners will bet on Hyde and the running game.Here the Rams had big problems against Washington, especially when it came to running on the left side.

Lineman Aaron Donald will see more snaps against the Niners after his comeback last week.He was only on a tackle and an assistant against Washington.