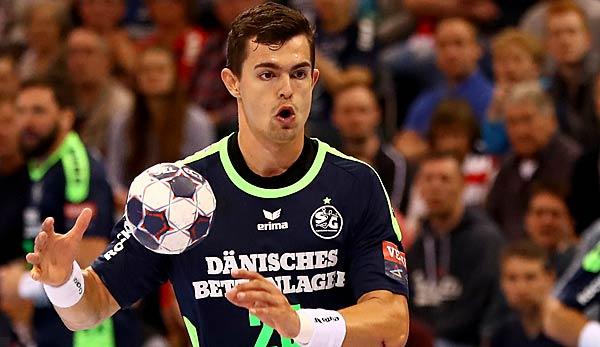 The Danish international Rasmus Lauge will leave SG Flensburg-Handewitt early in the summer of 2019 by mutual agreement and join the Hungarian top club Veszprem HC. This was announced by the SG on Monday. The 26-year-old, whose contract with the German Vice Champion was limited until 2021, uses an agreed withdrawal clause for this step.

“It’s always a shame when such a good player as Rasmus Lauge leaves the SG! The positive thing is that it will remain with us until 2019 and we now have the time to find a good successor,”said Flensburgs manager Dierk Schmäschke.

Coach Maik Machulla said:”Every player has to think about how he wants to shape his career, so we have to respect and accept his decision”. 123 goals in 22 league matches make Lauge currently the most successful scorer in Northern Germany.

Rasmus Lauge cited the high health burden in the Bundesliga as the reason for his change:”Since 2013 I have endured a lot of fun in the Bundesliga, but also two very serious injuries. My body suffers from the very high strain of incredibly many games and long journeys. I have now been given the opportunity to play in a league that is much less stressful,”said the backroom player.