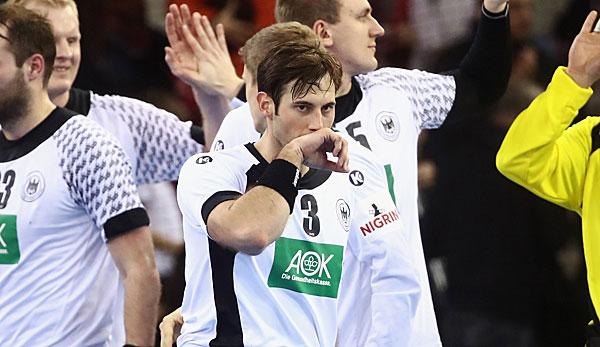 In the summer of 2016, Uwe Gensheimer moved from the Rhine-Neckar Lions to Paris Saint-Germain. In an interview with SPOX, the 30-year-old talks about his life with handball superstars, the terrorist threat and the past World Cup. In addition, the outside left wing expresses the tragic death of his father.

SPOX: Mr. Gensheimer, you’ve been in Paris for about half a year now. How’s the communication going?

Uwe Gensheimer: My French is pretty good, I already had the basics from school. In addition, teaching with a private teacher helps me. So I can communicate when I go shopping or going to dinner. But when the French really get going, it’s over. (laughs) Then I have to ask for slower speech. However, it is not a problem in training anyway. Noka Serdarusic leads the training in German, for the French players is translated.

SPOX: As you can hear, you particularly appreciate the attitude of the French to take enough time for good food?

Experience selected HBL games live and on demand at DAZN. Get your free month now

Gensheimer: Absolutely. You meet, sit comfortably together, chat a lot and just spend a good time together. I like that very much and it is certainly less common in Germany.

SPOX: And how do frog legs and snails taste?

Gensheimer: So I have actually already eaten snails. I’ll say it like this: A lot of garlic, then it’ll work. (laughs)

SPOX: Then let’s talk about sport. It is always said that PSG is virtually unrivalled in France. The table does not confirm this, as Nantes occupies second place with only one minus point. So how good is the Lidl StarLigue?

Gensheimer: Overall, the league is certainly not as strong as the Bundesliga. And there are fewer financially strong clubs in other countries such as Spain, for example, and many good players have moved to France in recent years. I would therefore say that the French league is the second best league in Europe in terms of play.

Gensheimer: What I have observed so far is played differently in France, for example, in the back room than in Germany. In the HBL there are more shooters in the back room, here it often comes down to one-to-one situations.

SPOX: Another argument is often that the burden is lower in France than in Germany. Is that true?

Gensheimer: I cannot confirm that so far. This is, of course, also due to the special season with the Olympic Games, which means that the break in the summer has almost completely disappeared. But I can’t see any other burden. I’m often on the record for 60 minutes.

SPOX: What are the differences in everyday life between a professional in Germany and in France?

Gensheimer: I don’t know if there are any general differences. But what strikes me in Paris is that I live more anonymously than in my time with the Rhine-Neckar lions. A Nikola Karabatic or a Thierry Omeyer are of course more often recognized on the street, but I move much more anonymously. However, when we as PSG players come to away games, we are in the focus. The hall is almost always full, everybody wants to beat us.

SPOX: Karabatic, Omeyer, Mikkel Hansen or Daniel Narcisse: the PSG squad is home to many of the absolute superstars of handball. How does the team structure work under such conditions?

Gensheimer: Absolutely problem-free. The players you’re referring to all have enough experience and know what’s important. Nobody does their own thing, everybody knows the importance of a functioning team.

SPOX: So PSG works like a regular team even off the record?

Gensheimer: Yes. Although we play twice a week, we meet regularly in our free time. For example, the whole group goes to brunch with their families, goes out for a drink in the evening.

SPOX: During the World Cup in Paris the large police presence was clearly noticeable, the city still suffers from the consequences of the terrorist attacks of November 2015. Does the topic of security play a role for you and your family in everyday life?

Gensheimer: You see a lot of police in the city, that’s true. The country is still in a state of emergency and the feeling of security is to be increased. Fortunately, we personally did not yet have a situation in which we felt insecure. And I also have the impression that the Parisians won’t let themselves get down at all – quite the contrary! They go out, they want to live a normal life. Terror is in any case not a special Paris problem, as the terrible events of the past – also in Germany – have unfortunately shown.

Page 1: Gensheimer on his life in Paris and the terrorist threat

Page 2: Gensheimer on the World Cup and the death of his father