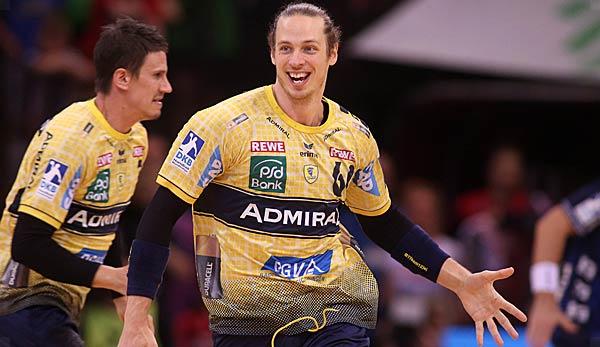 The German champion Rhein-Neckar Löwen has entered the final four of the DHB Cup. The lions defeated the SC DHfK Leipzig in their own hall at the comeback of returnee Kim Ekdahl du Rietz with 35:23 (17:8) and can continue to hope for their first cup win.

Hanover-Burgdorf also entered the final competition. They beat Frisch Auf Göppingen 31:30 (16:12) and took revenge for the defeat on Sunday in the league.

The Swede had stopped playing handball because he had no desire for professional sports. After the injury of defensive chief Gedeon Guardiola he returned to the lions. In Hanover, the Dane Casper Mortensen scored ten goals to help the knights win.

HSG Wetzlar was already on Sunday after a 25:21 victory against TVB Stuttgart as the first team for the final four on 5th place. and 6. May in Hamburg. On Wednesday (19.00 hrs) the fourth participant will be played in the meeting between the Füchsen Berlin and SC Magdeburg.

Handball: Gensheimer-Interview:”Tears have always come to me”.
Handball: Date dispute between EHF and Bundesliga