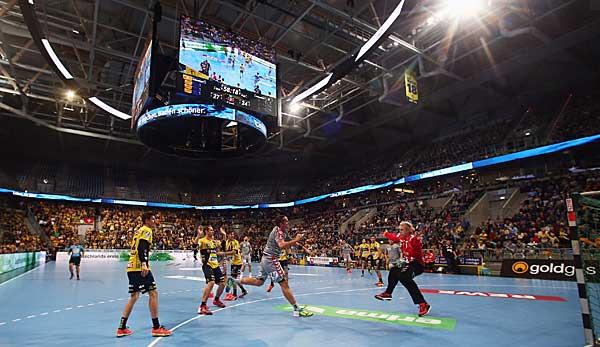 The German champion Rhein-Neckar Löwen is on a confrontation course with the European Handball Federation EHF in the fight over the date of the Champions League’s round of the last sixteen. The latter had previously ordered a home rights exchange due to the clash of appointments, but the lions rejected it.

Now the duel in the king class against KS Vive Kielce on 24. March (16 o’ clock) to a sporty farce. The German champions are planning to have their second team compete in Poland. Record champion THW Kiel, who has to compete against the Hungarian champion Pick Szeged, has agreed to the exchange and will play at first on 21. March at home against Pick Szeged.

“After this approach, we have no choice but to send our second team to Poland. We are aware of the fact that this will unfortunately not lead to a fair comparison between Kielce and the Rhine-Neckar Lions in the round of 16,”said Jennifer Kettemann, Managing Director of Löwen,”this will particularly damage the competition and the reputation of the Champions League. We are very sorry, but we are currently being forced to take this step by the attitude of the associations:” In addition, it is not possible to exchange the right of residence because there is no hall available on the required Wednesday.

The background is that for the 24. The Bundesliga top game between Kiel and the lions was scheduled for March 18.10 in the LIVETICKER. This will be broadcast live on ARD and promises a high TV quota due to the lack of competition from the German Soccer Bundesliga. However, the decision was made regardless of the Champions League. On Wednesday, the EHF also scheduled the royal class matches for 24th place. March and ordered a home exchange.

“This exchange of home rights leads the sporting value of the entire group stage ad absurdum and does not do justice to the dedication of our team for home rights in the return leg,”said THW sports boss Viktor Szilagyi. The exchange is “not only a sporting but also an emotional and economic blow.”

The decision between Kiel and Szeged will be made on Sunday, 1. April (17.00 hrs), in Hungary. The lions receive Kielce on the same day (19.00). Both German opponents had previously refused to play their home games on 21 March. or 22. March.