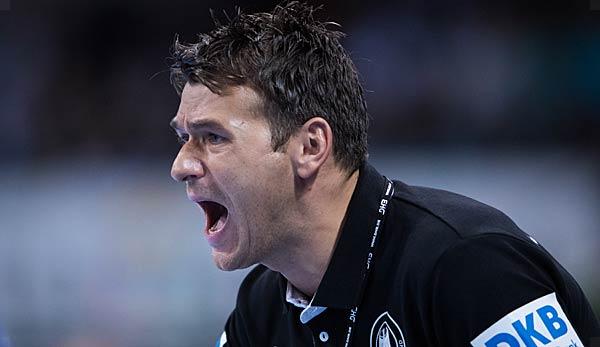 For a successful result at the 2019 World Cup, German coach Christian Prokop apparently wants to intensify the exchange with the Bundesliga clubs considerably.

The 39-year-old has invited the club coaches to a meeting at a hotel in Leipzig next Wednesday (2.30 pm). This reports the sports image. In the evening (7 p.m.) Prokop and his team will compete against Serbia for the first test after the disappointing main round finish at the European Championship in Croatia.

After the severe setback for the selection of the DHB, HBL’s ranks had expressed resistance to Prokop’s continued employment. After a detailed analysis, the DHB nevertheless stuck to Prokop, who is still under contract until 2022. The 7th. July in Dortmund (14.30 o’clock) he denies it with its crew a second test against Serbia.

Handball: Veszprem only wants to pay minimum wage: “Unacceptable benefits”.
Handball: HSV is back in the professional field