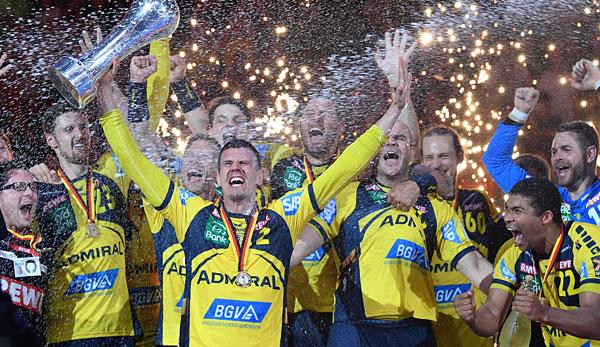 The Rhine-Neckar Lions have defeated the curse in the DHB Cup and crowned themselves cup winners for the first time after a 30:26 (13:11) over TSV Hannover-Burgdorf. The outstanding man on the side of the German champion was Andy Schmid with eight goals. The lions are on course for the first double in the club’s history.

The Rhine-Neckar Lions have failed five times in the semi-finals, but now the dream of winning the first DHB Cup has come true. In a high-class final, the German champion finally won against the TSV Hannover-Burgdorf warriors.

In Hamburg’s Barclaycard Arena, the surprise team from Hanover made a better start to the match, leading 4-3, but then the champions moved up and started a 7-0 run. After the break, TSV re-established the connection and reached 13-14, but led by an outstanding playmaker Andy Schmid, who scored all eight goals in the second half, the lions quickly set the course for the first double in club history.

The Rhine-Neckar Lions are also currently at the top of the league and currently have a four-point lead over the second-placed SG Flensburg-Handewitt. Hannover-Burgdorf, on the other hand, was unable to maintain its early form and slipped to sixth place.

“The joy, of course, is immense. Yesterday a lot fell off because many of us had never won a semi-final. It’s incredible and really good for everyone in the club. You don’t win a final in passing,” said national player Patrick Groetzki after the final on ARD.

Handball: All information about the Champions League Final Four 2018
Handball: Schwenker interview: “FCB has proven that he can do more than just football”