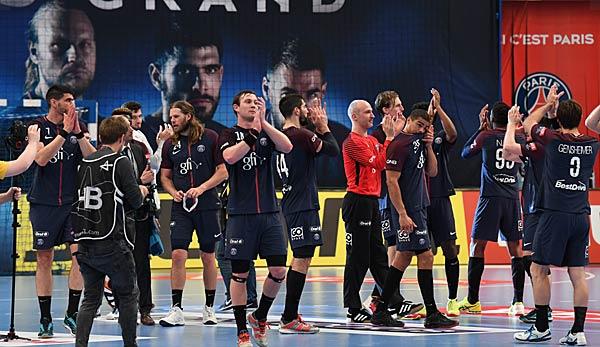 The Champions League semi-final in Germany has to do without a national representative. The three French clubs Paris Saint-Germain HB, Montpellier HB and HBC Nantes as well as HC Vardar Skopje from Macedonia are in the Final Four. Here you can find out everything about the two semi-finals.

HC Vardar is the reigning Champions League winner and could come a big step closer to defending the title with their entry into the final.

Both semi-finals will take place on Saturday 26 May at the Lanxess Arena in Cologne. The game between HBC Nantes and PSG Handball starts at 3.15 pm, the game HC Vardar Skopje against Montpellier HB at 6 pm.

The pay TV channel Sky will broadcast from 2.45 p.m. onwards. SkyGo also has both semi-finals in the live stream.

If you have no possibility to follow the game visually, you can check out the SPOX-Liveticker.

Although no German club is in the semi-finals of the Champions League, there will still be a German duel: National team captain Uwe Gensheimer will play PSG HB against HBC Nantes against the 2007 German World Champion Dominik Klein.

The last Bundesliga representatives with THW Kiel and SG Flensburg-Handewitt were eliminated in the quarter-finals.

PSG HB and HC Vardar Skopje have reached the quarter-finals as group winners.

Handball: Schwenker interview: “FCB has proven that he can do more than just football”
Handball: Milestone contract: Perform Group new partner of EHF