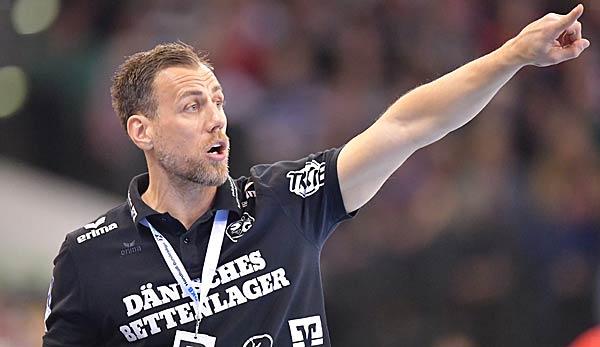 Sunday will be the last day of play in the Handball Bundesliga. The SG Flensburg-Handewitt can perfect the championship title by beating Göppingen. The Rhine-Neckar Lions will have to win against Leipzig in order to have any chance of taking over the top of the standings. At the same time, Flensburg would have to play a draw or lose. SPOX shows you the final pairings.

For a long time, the lions were at the top of the standings and had their sights set on the third consecutive championship title. But from the last five games they only won two, while Flensburg won all of them.

The fight for relegation is also hot. In contrast to the German Soccer League, only the last two teams are relegated in handball. There are currently Ludwigshafen and Hüttenberg, both of which have the goal of overtaking the Sixteenth N-Lübbecke. All three teams moved up to the highest league just last year.

All games of the final day of the match can be watched live on pay TV channel Sky. At 2 p.m. the preliminary reports start and afterwards all matches are to be seen in the single game as well as in a large conference. The station also offers live streams on Sky Go.

Before the Rhine-Neckar Lions won the title in the last two years, THW Kiel had been the clearly dominant team in Germany. With 20 titles, the North Germans are also the record champions. For Flensburg it would be only the second championship in the club’s history after 2004.