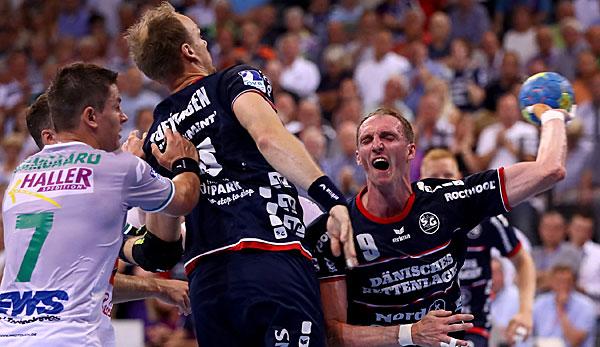 The SG Flensburg-Handewitt has crowned itself German Champion for the second time after 2004. The team of coach Maik Machulla beat Frisch Auf Göppingen 22:21 (12:12) on the last matchday, which could not be surpassed in drama, and defended the lead of the standings with 56:12 points ahead of Rhein-Neckar Löwen (55:13 points), who defeated the SC DHfK Leipzig with 28:25 (13:12).

The starting position was clear before the 34th matchday: a victory against Göppingen would suffice for the title. In a draw or defeat of the North Germans, the lions would have won the third championship in a row.

After his first title in 2004, the “eternal second” had become runner-up seven times. And also on Sunday the people of Flensburg were on the brink of a bitter awakening. With the triumph in sight, the SG was at times paralyzed, erratic and sometimes overly nervous. The place holders missed many free throws against Goppingen goalkeeper Primoz Prost and missed it again and again to pack in the defense vigorously.

The 6300 spectators in the Flens Arena, which has been sold out for weeks, were amazed that neither team scored more than one goal in the first half. Only in the 43rd minute did the SG lead for the first time with more than one goal (17:15). Until the end of the game, which was only decided in the final minute, Flensburg never led by more than two goals.

The guests were severely under-replaced and only travelled to the far north with seven field players and two goalkeepers. Coach Rolf Brack had therefore understandably prescribed a rather leisurely style of play for his team, which was initially sufficient not to let the high favourite go.

The Flensburg triumph was also made possible by a weak phase of last year’s championship in Ligaendspurt. Between the 31st and 33rd matchday, the Mannheim-based team only took one point and thus lost a four-point lead over the new title holder.

Meanwhile, TV Hüttenberg and TuS N-Lübbecke have relegated after only one season. Lübbecke slipped by 27:30 (13:11) at TBV Lemgo on the last day of the match to the penultimate place in the standings.

After the march from the 3rd to the 1st league, Hüttenberg also has to go directly back into the second division after a 23:28 (12:15) with the Füchse Berlin.

However, the third climber, Eulen Ludwigshafen, was saved: By beating HC Erlangen 32:29 (16:15), the Ludwigshafen team passed Lübbecke on Sunday.