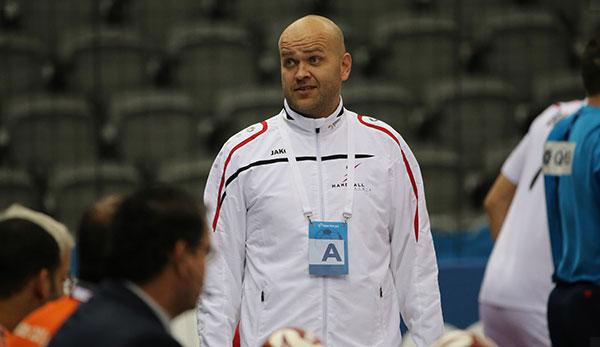 With a 59:54 (13:16) against Belarus, Austria’s handball men won the ticket for the 2019 World Cup (January 9-27) in Germany and Denmark on Wednesday. After 28-28 in the first leg last Sunday, Red-White-Red fought the Eastern Europeans in the play-off second leg and turned the tables after a weak first half in Vienna-Kagran.

The match started very badly for an ÖHB selection without the experienced players Dominik Schmid and Robert Weber. The Belarusians were 3:0 ahead after 3:40 minutes, Nikola Bilyk also received an early two-minute penalty. It was a backlog from which red-white-red did not recover for a long time. In the attack they tried hard, Bilyk was covered offensively again and again. Eleven misses before the break alone, no goal between 9 and 18 minutes, while Belarus scored in most of his attacks.

The guests in front of around 4,000 spectators in the Erste Bank Arena, however, also owed this to the domestic defence. Despite several changes, they couldn’t find a recipe, and Thomas Bauer and Kristian Pilipovic didn’t get a good day between the posts either. Nevertheless, with a three-goal minus at the break, the climb was within reach. In view of the fast 15:16 (33.) and 17:18 (37.) respectively and a visibly strengthened red-white-red defense including successful Bauer, optimism awoke after the restart.

They missed their first chance to equal the score at 17:18, but Alexander Hermann was there at 19:19 (41st). From then on Austria was unstoppable. Sebastian Frimmel, for the first time in a long time back in the team acting Raul Santos came, provided shortly thereafter for the first guidance of the hosts (20:19/42.). Gerald Zeiner increased to 21:19, Hermann even to 22:19 (46.) a little later by seven meters. Belarus, however, which had had had it in the first 30 minutes too easily, could not catch up, at the latest with the 25:21 (52.) the game had run.